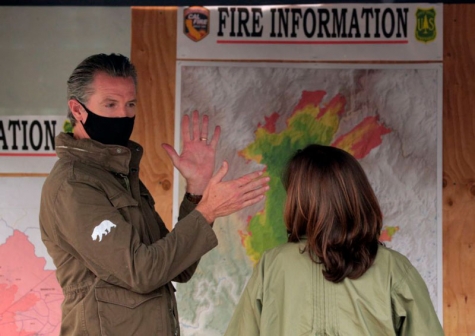 Drivers throughout the U.S. may want to start a rainy day car fund in the wake of California Gov. Gavin Newsom’s climate-change-focused ban on sales of new gas-powered autos beginning in 2035.

Veteran auto analyst Lauren Fix tells Yahoo Finance’s The First Trade the cost of new cars across the country could rise materially in the years leading up to the ban. In the mind of the beancounters at automakers such as Ford and GM, in order to offset higher outlays from ramped up electric vehicle production to meet California’s new ban, consumers will have to bear the financial burden upfront.

“If automakers have to produce electric vehicles, they have to pay those carbon credits which sometimes in the past they were buying from Tesla. That all gets figured into the price that you pay, somewhere around $2,500 a car already. So if they are going to increase the cost, that means no longer will the average price of the vehicle across the U.S. be somewhere around $34,000. It could go up closer to $40,000. Again, that makes it untouchable for some consumers, and that’s not going to help,” Fix explained.

Seemingly trying to one-up France’s 2017 decision to ban gas-powered autos by 2040, Newsom signed on Sept. 23 an executive order that puts California in the position as most aggressive on future auto emissions standards. The ban will apply to new gas cars and trucks. Gas-powered cars and trucks on the road before the ban will still be allowed to roam freely.

“This is the most impactful step our state can take to fight climate change,” Newsom said in a statement. “For too many decades, we have allowed cars to pollute the air that our children and families breathe. Californians shouldn’t have to worry if our cars are giving our kids asthma. Our cars shouldn’t make wildfires worse---and create more days filled with smoky air. Cars shouldn’t melt glaciers or raise sea levels threatening our cherished beaches and coastlines.”