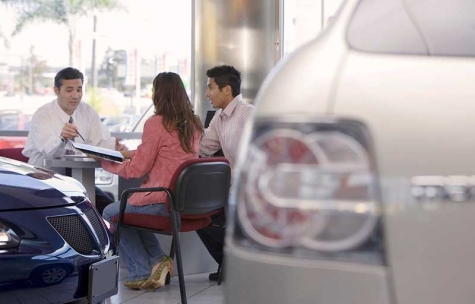 U.S. new vehicle sales are down significantly through the first half of the year.

The automotive industry has been hammered by the coronavirus pandemic, but despite some calls for a bailout that could resemble the Cash for Clunkers deal launched during the Great Recession, a federal stimulus program seems both unlikely and unnecessary, according to the head of data and analytics at J.D. Power.

While U.S. sales fell as much as 50% in March, they have been on mend ever since, coming in at around 15% below year-ago levels last month and, barring another meltdown of the economy, could come even closer to normal by year-end, noted J.D. Power Vice President Tyson Jominy.

If anything, it’s not a lack of buyers holding back an automotive sales recovery, it’s a lack of product; the two-month shutdown of the North American manufacturing network left dealers with nearly 1 million fewer vehicles than they needed last month.

And that number understates the problem. There are more than enough sedans and coupes, but there’s a serious shortage of the pickups and SUVs that largely propped things up during the early days of the pandemic.

“We have no cars to sell. Transaction prices are at a record. We can’t build cars as quickly as we can sell them,” said Jominy, noting many dealers are delivering vehicles to buyers as soon as the truck arrives at their showrooms. “So, I see no need” for a Clunkers-style federal bailout.

Jominy and two of his J.D. Power associates appeared during a virtual meeting of the Automotive Press Association on Aug. 6, outlining the sort of changes they see reshaping the U.S. automotive market in the months and years ahead. The COVID-19 crisis, of course, is contributing to many of those changes, while speeding up others that were already in motion.

On the sales front, Jominy said he expects full-year 2020 new vehicle sales to come in at under 14 million, down from 17.1 million in 2019. But the run rate by year-end should be around 15.6 million, he forecast. And even that were to hold in 2021 that would still make for “a healthy industry and dealers and automakers can still make a lot of money.”

Whether the U.S. market will be able to get back up to the sales numbers seen before the COVID meltdown---five consecutive years topping 17 million---is uncertain, if not unlikely, the Power panel agreed. A variety of factors could play into that, such as a decline in the number of vehicles per household, an increase in reliance on ride-sharing services and the fact Americans continue to hold onto their vehicles longer and longer.

The latter point could be influenced by all the 80- and 90-month loans that manufacturers have been offering during the pandemic.

Another uncertainty is whether the aggressive run up in vehicles prices can continue. Last month, Power estimates the typical new car, truck or crossover carried a transaction price of more than $38,000, about $2,000 more than in July 2019. That said, some other analysts have noted prices actually slid backwards a bit from the all-time records seen in May and June.