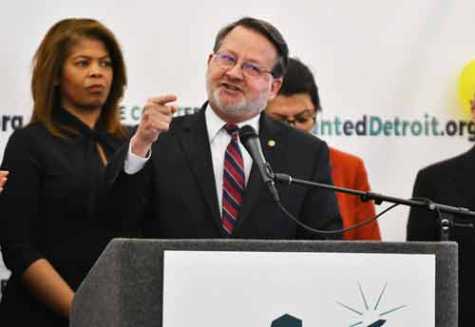 The senator said during a press conference July 8 the new federal agency would be modeled after the National Institutes of Health.

Peters said there are 58 federal programs spread across 11 agencies that deal with manufacturing.

“They’re not coordinated, it’s not efficient, taxpayer money is being wasted,” he said. “We need to be focused on the mission, which is to strengthen good-paying manufacturing jobs in America.”

The effort has been in the works for at least a year, with the legislation building off a proposal Peters announced last year.

Peters noted the U.S.'s global share of manufacturing has dropped by 35% in the last 15 years.

Joining Peters during the press conference was Mike Coast, director of the Michigan Manufacturing Technology Center based in Plymouth, and Bob Holloway, president of Piston Automotive based in Southfield.