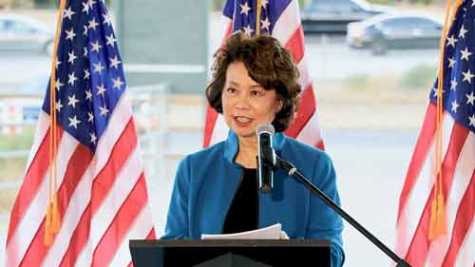 The U.S. Department of Transportation announced nine companies and eight states have signed on as the first participants in a new agency initiative to improve the safety and testing transparency of automated driving systems.

“We are pleased to participate in the AV TEST Initiative and applaud the USDOT and NHTSA on an initiative meant to create the needed transparency for safe deployment and operation of autonomous technology across the country,” Beep CEO Joe Moye said in a news release. “Beep has been engaged with NHTSA as part of their AV test program where we, as an autonomous service supplier, share regular information on how these shuttles operate and respond in various, live scenarios interacting with pedestrians, bicyclists and mixed traffic.

"This initiative will allow us and others in the AV industry to advance our collective learnings with the goal of improving public visibility and awareness of our results while building meaningful relationships among other participants and stakeholders to enhance safety for everyone," Moye added.

“Through this initiative, the department is creating a formal platform for federal, state and local government to coordinate and share information in a standard way,” U.S. Transportation Secretary Elaine Chao said in a news release.

Officials explained the AV TEST Initiative will include a series of public events across the country to improve transparency and safety in the development and testing of automated driving systems.

Participants can share information about their activities, which the DOT said will help increase the public’s awareness of testing, centralize the department’s role in promoting safety and innovation, and build stronger relationships among federal, state and local governments and stakeholders.

Additionally, the agency mentioned this voluntary initiative will provide an online, public-facing platform for sharing automated driving systems testing activities and other safety-related information with the public.