Black Book and Manheim Indices for May Reflect Wholesale Stabilization 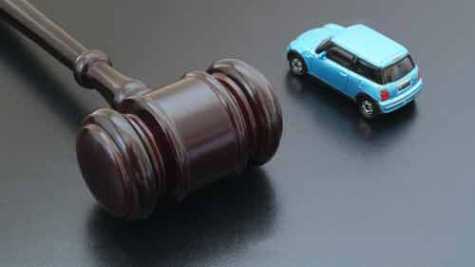 Both Black Book and Cox Automotive released their monthly wholesale indices for May in recent days, each remarking how some stabilization arrived in the space when compared to the COVID-19 induced turbulence seen in April.

Cox Automotive reported wholesale used-vehicle prices---on a mix-, mileage- and seasonally adjusted basis---increased 8.96% month-over-month in May, a movement that brought the Manheim Used Vehicle Value Index to 137.0, a 1.9% decrease from a year ago.

Over at Black Book, analysts said their Used Vehicle Retention Index for May came in at 106.0, marking a 0.7-point dip from April’s reading of 106.7.

Analysts also noticed MMR Retention---which they explained to be the average difference in price relative to current MMR---was greater than 100% in all but three days in May and averaged 101.7% for the month.

“The MMR Retention trend reflected that vehicles were selling above current MMR values and was a clear reversal of what happened in late March and April,” Cox Automotive said in its report that accompanied the latest Manheim index update.

On a year-over-year basis, Cox Automotive determined each of the major market segments saw seasonally adjusted price declines in May. Minivans led the way with a drop of 8.3%, followed by midsize cars (down 7.4%) and compact cars (6.9%.)

Analysts determined the average price for rental risk units sold at auction in May was down 5.3% year-over-year but were up 6.4% compared to April.

Cox Automotive added the average mileage for rental risk units in May (at 46,300 miles) rose 2% compared to a year ago but declined 10% month-over-month.

As mentioned previously, Black Book reported its May Used Vehicle Retention Index for May registered in at 106.0.

“After a record drop in wholesale prices in April, we saw the markets stabilize in the second part of May,” Black Book Senior Vice President of Data Science Alex Yurchenko said in a news release.

“Both the truck/SUV and car segments depreciated in May, but at much lower rate. Due to changing economic conditions and the expected glut of used inventory, we project a drop in values over the summer months,” Yurchenko continued.

During 2011, the index rose strongly from 113.3 to 123.0 by the end of the year as the economy picked up steam and used vehicle values rose higher. It continued to remain relatively stable, rising slightly until May of 2014, when it hit a peak of 128.1.

To obtain a copy of the latest Black Book Wholesale Value Index, go to this website.