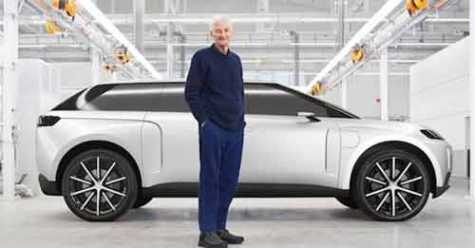 Dyson is typically known for its incredible vacuum cleaners and other household electrics.

More recently, the U.K.-based company had been looking into an electric vehicle as well, with little information shared about the idea.

Now, Sir James Dyson, the company's CEO and founder, shows us what the seven-seater vehicle would have looked like, and what it would have been capable of.

Dyson ended up scrapping its electric car concept back in October, and in doing so left a big fat question mark around any information pertaining to the project. Over this weekend, however, the company chose to show off its concept through an interview with Sir Dyson, led by The Sunday Times' Rich List.

Sir Dyson's car, code name "N526," would have sported seven seats and an impressive 600-mile range per charge. That's nearly double the range of the Tesla Model X's seven-seater. This is mostly thanks to Dyson's solid-state batteries, which could work "even on a freezing February night, on the naughty side of 70MPH on the motorway, with the heater on and the radio at full blast", as per Sir Dyson.

N526 would have weighed in at 2.6 tons, and could have gone from 0 to 62 mph in 4.8 seconds with a top speed of 125 mph. The aluminum vehicle would have been powered by twin 200 kW electric motors rated with 536 BHP and 480 lb/ft of torque. Sir Dyson himself drove the prototype around a hidden "screened-off compound."

It looks like quite a sporty SUV that would have been5 meters long, 2 meters wide and 1.7 meters tall. Its windscreen "rakes back more steeply than on a Ferrari," and its wheels "are bigger than on any production car on the market," as per Dyson.

Read 662 times
More in this category: « Auto Workers Worried About Returning to Plants During Pandemic Huge Day as Detroit 3 Restart At Least 51 Plants Shuttered Since March by Coronavirus »
back to top