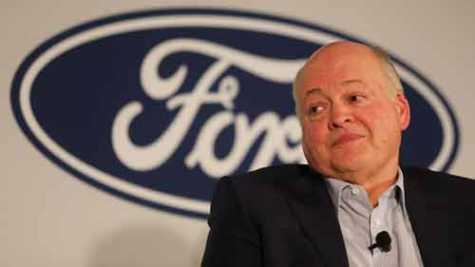 The coronavirus pandemic couldn't have hit Ford at a worse time---midway through a restructuring effort, with several critical vehicle debuts just around the corner.

With its factories closed and car demand sharply lower, it's more important than ever for Ford to get the company back on track quickly so it can weather the storm.

But some analysts are worried about what they see as a lack of urgency after Ford posted a $2 billion Q1 loss and predicted it would lose another $5 billion or more this quarter.

Pressed during an earnings call about whether Ford would accelerate its restructuring actions in light of the pandemic, CEO James Hackett acknowledged "one truth, right? Don't waste a crisis." But he offered no new plans.

"While the cash burn dynamics were in-line with what we had modeled, Ford did not appear to have a firm grasp on how it might accelerate restructuring actions to offset what could be a lower sales environment even post-lockdowns," Barclays analyst Brian Johnson wrote in a note to clients.

Ford has $35 billion in cash after recent borrowings, enough to last through the year if there's a prolonged crisis, CFO Tim Stone said.

So far, none of the Detroit automakers appears to be in need of a bailout.

Ford still owes the federal government $1.5 billion for government loans it received during the last crisis in 2009.

It's not clear when Ford will reopen its U.S. manufacturing plants but every day that it's not producing cars means more red ink.

We thank Axios for reprint permission.

Read 669 times
More in this category: « Detroit 3 to Begin Reopening Plants May 18 Conquering Corona Mindset at Car Dealerships »
back to top