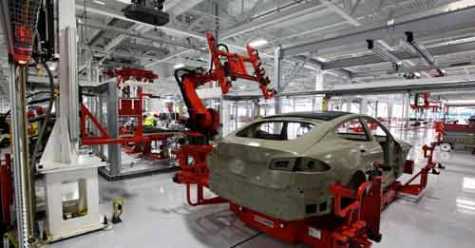 Tesla isn't building any cars worldwide after the all-electric vehicle maker reportedly halted production in Shanghai, China, due to a shortage of components, reports Bloomberg.

The all-electric carmaker told factory workers due to return to work on May 6---following China's five-day Labor Day break---that their holiday plans can be extended, with a return possible by May 9, according to a Bloomberg source who asked to not be identified.

It's difficult to know why the halt went into effect. The Chinese technology site 36kr said it was due to component shortages. If so, it would mean Tesla's only car factory outside the U.S. now expects delays in receiving parts to build the Model 3, and also confronting issues with a crucial manufacturing component that's currently in disrepair, according to Bloomberg's source.

This latest halt in production also means the carmaker can't make cars anywhere globally. Tesla's other assembly facility in Fremont, CA, hasn't been in operation since March 23 from efforts to slow the spread of the coronavirus. This shutdown had made the Shanghai-based factory increasingly crucial for the carmaker because the U.S. is still weeks---if not several months---behind China in reopening its economy.

Deliveries from the Tesla's Shanghai factory marked an important market benchmark for the carmaker, which intends to use the China-based factory to gain a market share within the Chinese economy---the largest electric vehicle market in the world, according to a January report from The Verge.

Local factories naturally hasten deliveries and also helps to insulate Tesla from the ongoing trade war between China and the U.S. The Gigafactory in Shanghai is the first completely foreign-owned car production plant in China.

Read 503 times
More in this category: « Coronavirus: Company-by-Company Response and Status Why 2 Ford Plants in North America are Missing from List for Reopening Week of May 18 »
back to top