Used-Car Sales: Tracking the Good, the Bad & the Options 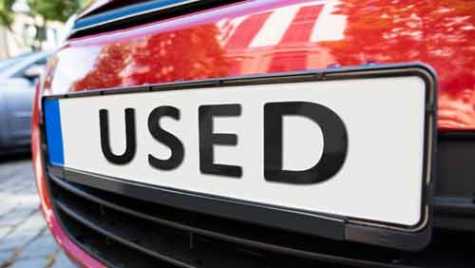 Based on auto industry analyses, a rough March for used-vehicle sales appears to have spilled over into April, and as PureCars says in its latest COVID-19 report, dealers are “facing obvious headwinds” in pre-owned.

But, some silver linings: the dive in used- and new-car sales appear to have hit its trough, according to Cox Automotive. And there are dealers who are realizing “some success” with strategies to shore up their used-car sales, as PureCars outlines in its report.

First outlining the challenges, PureCars said in the report, “Aggressive APR offers mean used payments can be higher than new, RO data suggests shoppers are fixing versus trading up or out, auction prices continue to fall and wholesale markets have all but stopped operating as a way to dispose of depreciating used assets.”

But there are some remedies dealers are finding that work. PureCars emphasizes some used-vehicle shoppers “are sitting on the sidelines,” so “aggressive” strategies in pre-owned might not be the best course at the moment.

Here's how the numbers have shaken out recently in pre-owned.

Of the 25 states that provide vehicle sales data to Cross-Sell Interactive (part of Dominion Dealer Solutions), only one shown in a state-by-state comparison graph---North Dakota, which was up 10%---showed year-over-year growth in combined new- and used-vehicle sales in March.

The heaviest decline shown in Cross-Sell's data set was in Missouri, where combined new and used sales were down 52%. New York was next at 46%.