Why Driver-Assist Systems are Flawed 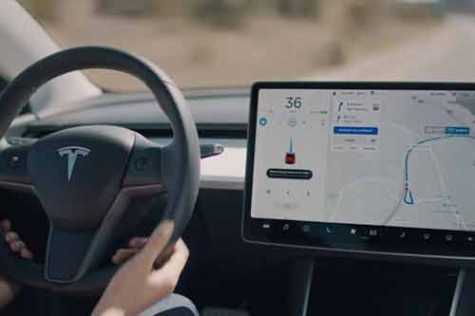 Sometimes, technology evolves at a faster rate than the regulations needed to responsibly manage it.
Take social media, for instance. It had been around for well over a decade before various data privacy regulations were introduced in response to multiple cases of personal user data being used maliciously.
It seems that modern driver assistance features could be at a similar crossroads. For the last few years, we've lauded the ability of modern vehicles to take over key functions that were traditionally fully driver-controlled.
Now, the Insurance Institute for Highway Safety (IIHS) has released new safety regulations for these systems. The IIHS says greater driver engagement should be a priority, the catch-22 being that ever-improving technologies cause drivers to become too uninvolved in the process.
"Unfortunately, the more sophisticated and reliable automation becomes, the more difficult it is for drivers to stay focused on what the vehicle is doing," said David Harkey, president of the IIHS. "That's why systems should be designed to keep drivers actively engaged."
Currently, the SAE International classification system for driver aids ranges from 0 (no automation at all) to 5 (a fully self-driving machine), but Level 2 is the maximum available in current vehicles.
The features fitted to modern cars include adaptive cruise control (the car controls the speed based on the distance from the vehicle in front), active lane changing and lane keeping assist.
The IIHS' concern is these features should be designed to encourage constant attentiveness from the driver, even if the car can execute a lane change on its own.
"These systems are amazing feats of engineering, but they all suffer from the same problem: they don't account enough for the behavior of the human being behind the wheel," said IIHS Research Scientist Alexandra Mueller.
The IIHS' recommendations include a more robust system for monitoring driver behavior, with rapidly escalating visual, audible and even vibration alerts.
Previous Page Continue reading »
Read 551 times
More in this category: « ASE Education Foundation to Hold Seventh Annual Training Conference for Automotive Instructors ALG Provides Updated 2020 New Vehicle Sales Forecast Based on Projected Short-Term and Long-Term Impact of COVID-19 »
back to top