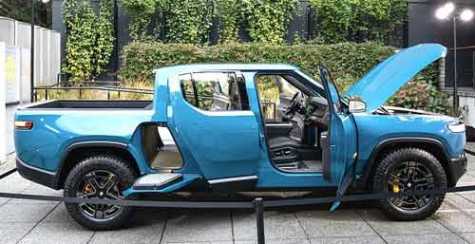 Rivian has teamed up with Ford to develop and produce an electric vehicle for Lincoln: Ford’s luxury brand that has produced comfortable and stylish sedans and SUVs since 1917.

Lincoln has manufactured two plug-in hybrid SUVs in the past and is aiming to take on a project that would create a vehicle that would not operate on petrol-based products.

The vehicle will be manufactured on Rivian’s “skateboard” platform that is comprised of the Lithium-ion batteries being packed in the car’s floor.

Rivian will produce the skateboard design at its plant in Normal, Illinois. However, neither company would confirm if the Lincoln EV would be produced in a Rivian or Ford factory.

Ford has broken into the electric car market by producing a number of its own battery electric vehicles (BEV). The company stated in March 2018 that it would be creating 16 electric vehicles and 40 electrified vehicles by the end of 2022.

After unveiling its F-150 EV in July and the Mach-E in November, Ford seemed to be transitioning its product line toward more sustainable options.

However, the company decided to put a hefty $500 million investment into Rivian.

When Ford joined forces with the Plymouth, Michigan-based electric car maker, they stated the companies would work jointly to produce an electric car.

Previous Page Next Page »
Read 514 times
More in this category: « USMCA is Signed; the End of ‘NAFTA Nightmare’ 2020 IRC Results Show Smaller and Regional Auto Insurers Once Again Get Top Grades From Collision Repairers »
back to top