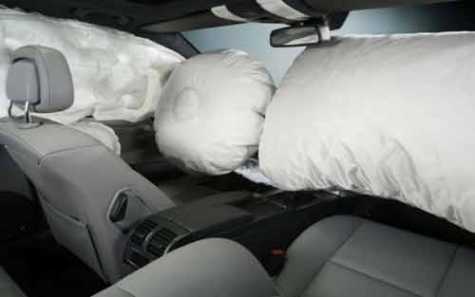 Another day, another airbag recall. This time, it involves more than six million Honda and Toyota vehicles.

The Honda recall covers certain Honda and Acura vehicles from the 1996 to 2003 model years.

The Toyota problem is part of a larger issue. It could involve could the recall of 12.3 million vehicles from six U.S. automakers.

The problems may be responsible for eight deaths in the U.S.

The probe was expanded in April of last year to 12.3 million vehicles made by Toyota, Honda, Kia, Hyundai, Mitsubishi and Fiat Chrysler from the 2010 through 2019 model years.

Honda’s latest recall doesn’t involve the Takata airbags responsible for at least 24 deaths worldwide. But the issue is just as severe.

The airbags could similarly explode similarly, sending plastic and metal shrapnel into the vehicle cabin.

Honda’s been hit hard by the Takata recall during the past years, including more than a dozen deaths of vehicle owners in the U.S.

In fact, the most recent Takata death involved an unidentified driver operating a 2002 Honda Civic involved in a crash near Phoenix in June 2018. Hundreds of more people have been injured.

Ultimately, about 100 million airbags will have to be replaced worldwide, 70 percent of those in the U.S.

Toyota’s recall centers on a faulty computer that may not have adequate protection against electrical noise that can happen in crashes. The problem can cause the incomplete opening of the airbags, or they may not open at all. Devices that prepare seat belts for a collision also may not work.

In most cases, Toyota dealers will install a noise filter between the airbag control computer and a wiring harness. But in some vehicles, dealers will inspect the computer to determine if it needs the filter. Owners will be notified by mid-March.

Toyota is dealing with 3.4 million vehicles being recalled, including the 2011-19 Corolla, due to faulty airbags.

We thank The Weekly Driver for reprint permission: https://theweeklydriver.com/2020/01/massive-airbag-recall-includes-six-million-honda-toyota-models/