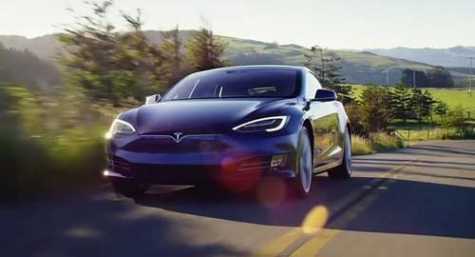 Tesla has put its foot down on claims that its vehicles are prone to sudden “unintended acceleration,” which was alleged in a petition to the NHTSA submitted by a short-seller.

In a recently-published blog post, the electric car maker explained that claims of SUA are false simply because its cars are designed to accelerate only when they are told to do so.

News recently broke that the National Highway Traffic Safety Administration is reviewing a petition claiming that all Tesla models are prone to SUA, and are therefore rife with a dangerous safety defect. The petition, which covers about 500,000 Teslas produced from 2013 to 2019, included 127 complaints that were submitted either by owners themselves, or others filing on their behalf.

The petition was submitted by Brian Sparks, who happens to be shorting Tesla stock. This means that he is financially incentivized to help push TSLA prices down. Unfortunately for the short-seller, claims of SUA on Teslas have never really borne fruit, as the vehicle’s logs have always proven that “unintended acceleration” happened because the driver pressed the accelerator by mistake.

And it’s not just Tesla that has defended its vehicles, either. Jason Hughes, a Tesla owner who has delved deep in the company’s software, and who has been critical of the company in the past, has gone on record offering a financial reward to anyone who can prove that a Tesla was involved in a sudden unintended acceleration incident. So far, no one has proven Hughes wrong yet, and he is confident enough to state that vehicle logs always show that SUA is simply not possible.

These are the points Tesla outlined in its recent blog post. In a firmly-worded manner, the electric car maker stated that there is no “unintended acceleration” in its vehicles. The company also noted that it has worked with the agency to ensure that its vehicles are safe, and that it has reviewed claims of SUA with them. In every instance, vehicle logs proved that the electric cars functioned as intended.