Safelite Launches SWIFT to Support Women in the Field 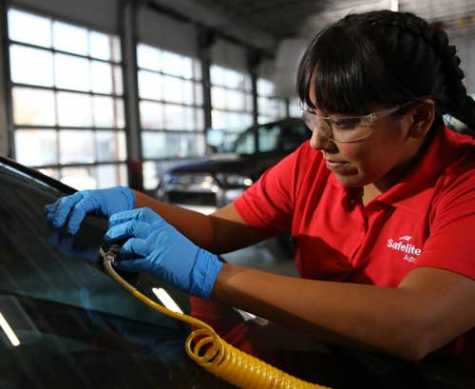 Over the years, the automotive and collision repair industries have become more welcoming to female professionals in the traditionally male-dominated space, yet even as the number of women in the industry has increased, few females pursue careers in more technical roles.

While women account for 47% of the United States’ labor force according to the U.S. Bureau of Labor in 2018, they also reported that women made up 2.4% of automotive service technicians, 1.1% of autobody repairers, and even fewer automotive glass installers and repairers.

SWIFT’s vision statement reads: "Through inspiration and education, we will influence women to utilize their skills and talents in joining Safelite. We will achieve this by breaking down barriers associated with a career in the vehicle and automotive services.”

According to SWIFT chairperson Jayme Blasiman, "The most substantial gender disparity was found in the trade and STEM fields. Our company has over 7,000 replacement technicians across the country with less than 5% of those being women. SWIFT's primary purpose is to shrink this disparity by more strongly supporting women already in the field and capitalizing on opportunities to attract more women to join the industry.”

A 2018 Catalyst report indicated that the automotive industry has difficulty attracting women into entry-level positions and is one of the least successful industries at attracting and retaining women. The report also referenced a 2017 survey conducted by Automotive News in which 65% of women reported being tasked with lower-level assignments compared to male peers and 25% reported feeling unsafe at work.

Blasiman shared that many women in more technical roles across the industry receive attention as the “symbolic” female, so they don’t make requests or demands because they want to avoid soliciting more attention. “SWIFT is a small group, and we’re committed to a proactive approach that lets Safelite’s women in the field know that they have a support team that provides mentoring in helping them grow their skills and career path.”