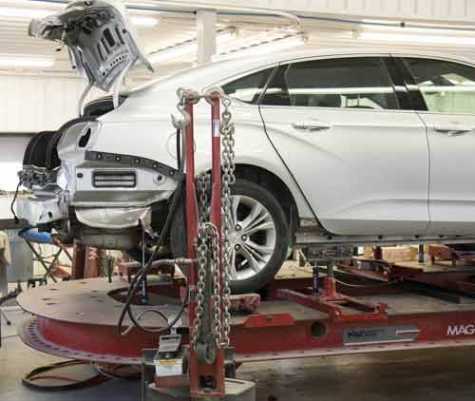 A federal appellate court affirmed a decision to throw out a racketeering lawsuit brought by a group of 126 auto body collision repair shops against seven of the largest U.S. insurers.

The 11th Circuit Court of Appeals in Atlanta agreed with the district court that the repair shops failed to state a valid claim that the insurers had conspired to commit a fraud by demanding that they accept lower rates for their work in order to participate in their repair networks.

The 11th Circuit noted that the 9th Circuit had rejected a similar pleading brought by small business owners against Yelp for allegedly manipulating user reviews to “extort” advertising revenue.

“The Ninth Circuit’s reasoning fits the facts here well, and we conclude that, at most, these defendants drove a hard bargain,” the 11th Circuit panel said in an opinion written by Judge William Pryor.

The repair shops first filed the lawsuit alleging an insurer conspiracy in a Chicago federal district court in 2014. The case was assigned as multi-district litigation to U.S. District Judge Gregory A. Presnell in Orlando, FL.

The lawsuit alleges the insurers conspired to suppress the rates charged by their industry be creating deflated prevailing rates, a violation of the Racketeering Influenced and Corrupt Organizations Act. What’s more, the carriers violated antitrust laws by working together to lower their costs.

Previous Page Continue reading »
Read 6279 times
More in this category: « GM Customers Rage as Automaker Struggles With Strike-Related Parts Delay CCG Enjoys Success in 2019, Plans Further Growth in 2020 and Beyond »
back to top