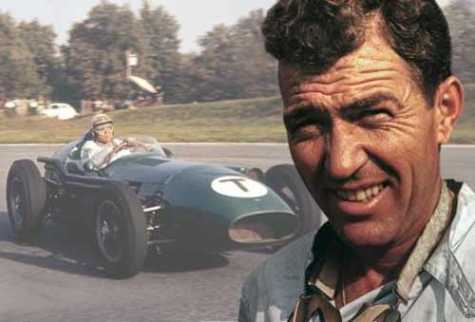 According to one biographical source, he had a dream about seeing the word ‘cobra’ on the front of one of his project cars, and he wrote it down for future reference. The idea of the Shelby Cobra was born.

Shelby approached AC Cars of Britain and Ford Motor Company to help him make his idea a reality. AC Cars fabricated the body for his vision, and Ford implemented the engine and transmission. The new Shelby Cobra started proving its chops on the racing circuit over the next two years, competing with better-establish vehicles like corvettes and Ferraris. It was the beginning of Shelby’s time as an auto designer. He refined his ideas, making the body longer and wider, and the Shelby Cobra 427 became the ultimate American-made sportscar. Ford Motors was so impressed with the 427 that they asked Shelby to help them improve their Mustang and bring it to the same level as the Cobra. In the spring of 1965, Shelby’s team had developed the Shelby Mustang GT350, with versions for both racing and street use. That first design led to several other versions of the Shelby Mustang, the GT350H, the 500, and the 500KR. By 1969, sales of the new Mustangs were dwindling, however, and the partnership between the two companies dissolved, along with their race agreement. After the partnership with Ford ended, Shelby was a bit at loose ends. He left the states, moving to South Africa in the mid-1970s and experimented with some new, non-automotive ventures, but it wasn’t as satisfying. In 1982, he was contacted by Lee Iacoca, who had left Ford and was encouraging Shelby to work with Chrysler, instead. The emphasis would be particularly on the Dodge brand. Shelby started working on modifying several Dodge models, including the Charger, and other Dodge vehicles started using parts that Shelby had adapted. The peak of his relationship with Chrysler occurred with the development and release of the Dodge Viper in 1991, which was an updated re-imagining of the Cobra. In the middle of his work on the Viper, however, his health issues again became prominent. « Previous Page Next Page »
Read 2087 times
More in this category: « Tesla Autopilot Under Fire Once More From US Senator Following Accident Mercedes Delays EQC Electric SUV Launch by a Year in U.S. »
back to top