Should Tesla Carry the Burden of Teaching the Public About Artificial Intelligence? 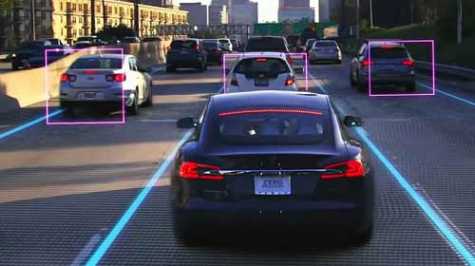 In a recent podcast discussion Elon Musk had with AI expert Lex Fridman about artificial intelligence, consciousness, and Musk’s brain-computer interface company Neuralink, an interesting question arose about Tesla’s role as an educator in that realm.

Referring specifically to the Smart Summon feature that’s part of the company’s Version ten firmware, Fridman asked Musk whether he felt the burden of being an AI communicator by exposing people for the first time (on a large scale) to driverless cars.

To be honest, Musk’s response wasn’t really, well, responsive. He deferred to the more commercial-oriented goals of the company: “We’re just trying to make people’s lives easier with autonomy.” The long-term goals of Neuralink are pretty scary for mainstream humans, so to me, this question really deserves a long sit-and-think. After all, we’re talking computer self-awareness and capabilities well beyond what we’d consider superhuman and beyond the ability of humans to control after a certain point. Neuralink wants the type of AI connection implanted in our brains.

On one hand, the evolution of Autopilot with each iteration and the evolution of Smart Summon with each new release exposes people to the process of how humans teach computers and how computers teach themselves. In other words, it shows people that AI is somewhat similar to how people learn. However, I don’t know that it gives everyday people a full picture of what Musk is really talking about all the time regarding the pace of AI learning and how that leads to doom scenarios.

If anything, is Tesla lowering expectations for AI’s future? If a Tesla is the first “robot” people see, and then they see years of functionality that’s sub-par to an attentive human at the wheel before seeing the full promise of the Tesla Network, what picture is being painted? Then, what about the wake of uncertainty it will leave behind?

In the interview, Musk described our minds as essentially a monkey brain with a computer trying to make the monkey brain’s primitive urges happy all the time.

Once we start letting computers take over what little functions the monkey brain enjoyed or needed to keep in check (driving, painting, laboring, etc.), how is the AI eventually going to decide to deal with what it will just see as … the monkeys?

Okay, I know I’m getting a touch ridiculous here, but it just brings me back to Fridman’s original question about whether Tesla carries the burden of educating the public on these matters with their push for self-driving. Perhaps if they were just focused on moving the world to sustainable energy and production, their driver-assist features would be just as Musk describes them – a convenience or value-added feature.

But that’s not the future Musk is working towards. He’s both warning us about the future of AI while actively developing our defense against it. Should his car company then play a big role in acclimating and teaching people about what AI will really be able to do beyond getting them to work and back?

Read 1018 times
More in this category: « Lifetime Artist Schierloh Teaches Others in Retirement Another 1.4M Vehicles Added to Takata Airbag Recall »
back to top