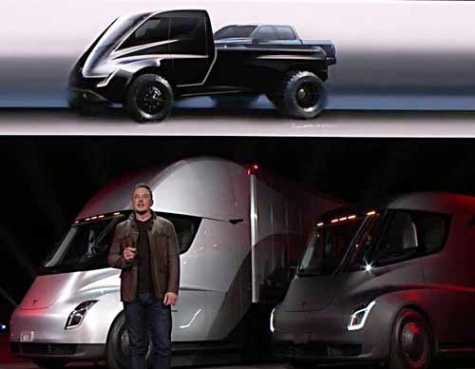 The US pickup truck market is a hefty prize for any automaker.

In the second quarter alone, pickup trucks accounted for 33% of sales from Ford, GM, and Fiat Chrysler, up from 30% the previous year. Full-size trucks, such as the F-150, Silverado and RAM, continue to see growth as well, with the average price of such vehicles hitting $47,255 per unit.

Tyson Jominy, an analyst at research firm J.D. Power, explained in a statement to The Wall Street Journal that the US car industry’s interest in pickup trucks continues to be strong. “Trucks are the one sure bet for all three. They’re trying to take every cent off the table and use it to fund their research and development,” he said.

Yet, just like the passenger car sector, the pickup truck segment is about to feel the disruption from dedicated all-electric vehicles. Elon Musk has announced that Tesla will be releasing its own pickup truck later this year, and that it would be a vehicle so loaded with tech that it would not look out of place in the Blade Runner franchise. Rivian, itself a Detroit-based company, is poised to start producing its R1T pickup truck soon. The R1T is critically acclaimed, being a true off-roader that exudes luxury.

Both Tesla’s pickup truck and Rivian’s R1T will likely enter the market as quickly as their respective automakers are able. The pickup market is ripe for disruption after all, and any company that breaches the segment first with a truck that is both capable and reasonable in price would likely enjoy momentum for years to come. Quite surprisingly, neither Ford nor GM seem to be in any hurry to launch their own pickup trucks to the market.

This is quite surprising considering that both companies have immense experience in truck building. Each company has also stated that it will be releasing its own electric truck. Ford provided a teaser of its F-150 EV last June, which involved an impressive demonstration featuring the truck pulling over a million pounds of cargo. Back in April, GM CEO Mary Barra stated that General Motors will be releasing a “complete range of EVs, including full-size pickups.”