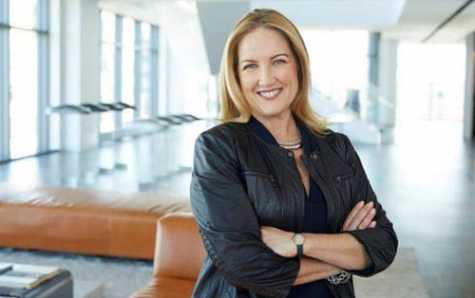 In an effort to build General Motors' (GM) brands and improve customer service, the automaker has a new global marketing boss.

Wahl has been the chief marketing officer for Cadillac since March 2018. She was charged with "redefining Cadillac’s reputation and repositioning it for the future," CEO Mary Barra said in a company memo Thursday, Sept. 5.

"This move will help us continue the transformation of our marketing organization while leveraging the team’s expertise," said Barra in the memo. "By aligning marketing across GM under Deborah’s leadership, we will build stronger brands while ensuring more effective, efficient and agile customer engagement."

This spring, Cadillac finished moving its headquarters from New York back to Warren, MI, to be closer to designers as the brand embarks an expansive product launch, rolling out a new vehicle every six months through 2021.

Wahl was chief marketing officer at McDonald’s USA before coming to Cadillac. But she spent more than a decade in the auto industry, at Chrysler, Lexus, Toyota, Lincoln-Mercury, Mazda and Ford of Brazil.

In her new role, she reports to Barry Engle, GM's president of the Americas.

GM hasn't had a chief marketing officer since Joel Ewanick in 2012. GM's then-CEO Dan Akerson fired Ewanick, reportedly because of an expensive sponsorship deal between Chevrolet and the Manchester United soccer team.

The marketing leaders at Chevrolet, Buick, GMC, Cadillac, OnStar, CCA and GM Financial will report to both Wahl and the leader of their respective business unit, Barra said.

GM reported a net profit of $2.4 billion for the second quarter, up 1.6% from the year-ago period, driven by sales of SUVs and redesigned pickups.

GM has been restructuring since late last year in preparation for a potential economic slowdown and consumers' shifting tastes from cars to SUVs and pickups.

Previous Page Next Page »
Read 724 times
More in this category: « Rear-Seat Reminder Systems to Be Standard by 2025 NASCAR Star Darrell Wallace Renews Pledge to Stop Distracted Driving »
back to top