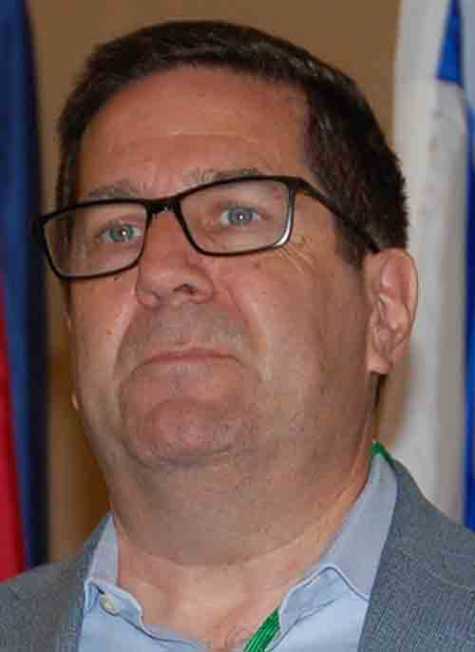 Is there a potential silver lining for collision repairers in the current trade war between the United States and China?

Greg Horn, former analyst with Mitchell International, believes there is. Horn, who joined The Hartford as assistant vice president of claims strategy in 2016, said it could result in fewer vehicles being declared total losses.

Horn spoke at the Automotive Body Parts Association (ABPA) convention this past May in Fort Lauderdale, FL, and said the percentage of vehicles declared total losses varies by insurer. The Hartford’s book of business, which includes a marketing partnership with AARP, includes “a lot of older vehicles, so we do tend to total out on a higher frequency than a lot of carriers do,” Horn commented. But total losses are rising across all insurers, he said, and he doesn’t think it has hit a ceiling yet.

One potential bright spot for shops, however: China is the largest purchaser of scrap vehicle steel from the United States, and the trade war has led China to impose tariffs on the import of such scrap metal.

“That is causing the price to go down,” Horn said.

The resulting drop in salvage value may mean more cars are repaired and put back on the road.

“It gives us a little more play in the repair calculation,” Horn said.

During the convention, Horn was also asked about the use of non-OEM sensors for advanced driver assistance systems (ADAS). Horn said on a trip to Taiwan last year he looked at the validation testing of some back-up cameras.

“We found the aftermarket camera actually performed better than the OEM camera,” Horn said. “That was an eye-opener to me. Now when we looked at the front stuff – the lidar and the radar – that’s sophisticated stuff. But the technology is very easily replicated.”

He said as he looks at it, the automakers are saying the parts need to be put on and calibrated.

“So if I put on an aftermarket part that is able to be calibrated completely, how is that not an acceptable part,” Horn said. “The validation is that the sensor is working correctly, and it resets the system. It doesn't throw an error code. I think that’s a quality replacement part, and is able to get the car back on the road with the pre-accident functionality.”

But the perception that a newly-installed sensor that doesn’t generate an error code means the system will work properly runs counter to a presentation at the same conference in which Jason Bartanen, at that time the director of industry technical relations for I-CAR, discussed several examples of vehicle sensors that weren’t calibrated to operate properly – yet set no fault codes.

In one, for example, a vehicle’s emergency braking sensor was pointed too high. That improper calibration didn’t set a fault code, Bartanen said, but that’s not an indication the sensor will function properly. When the vehicle was driven under an overpass, he said, the system “slammed on the brakes because it saw the overpass as a vehicle in front of it.”

He pointed to an Insurance Institute for Highway Safety (IIHS) study last year that found a misalignment of just six-tenths of a degree on an emergency braking sensor (because of play in the non-OEM windshield’s bracket that held the sensor) was enough to prevent the system from avoiding a 20 mph collision with a stationary car. A lack of codes being set when a sensor appears to be calibrated is not an automatic indication the sensor will perform within the system as designed.

Bartanen has more recently joined the staff of Collision Hub; but, because he was still with I-CAR during his presentation to the ABPA, he prefaced his remarks by saying I-CAR largely stays out of the OEM vs. non-OEM debate.

Given I-CAR’s technical expertise and the make-up of its inter-industry board of directors – which includes both repairers and insurers – I-CAR’s position on vehicle scanning is equally important.

Another speaker at the ABPA convention was Stacy Bartnik, industry relations manager for the Certified Automotive Parts Association (CAPA). She asked the audience of distributors of non-OEM parts if there can be a difference between an OEM part installed at the factory, and the OEM service parts sold to shops.

Bartnik said that’s why CAPA certifies non-OEM parts based on how they replicate OEM service parts – “the same part a shop would get when they ordered a part from a dealer to repair a vehicle” – rather than the OEM part installed on the vehicle at the factory.

Peggy Bekker of Intertek, the international firm that conducts parts testing for the CAPA program, said in addition to responding to any complaints about CAPA-certified parts, the program includes ongoing inspections of parts factories and “market surveillance.”

“We will randomly purchase parts in the marketplace from distributors to run through testing to make sure they are staying within the requirements they met originally,” Bekker said. “In addition, every month, we’re pulling parts off the production line at random to test and make sure they’re staying in compliance with the requirements as they were at approval.”

CAPA said it also “monitors vehicle safety recalls issued through the NHTSA to investigate whether a CAPA part was reverse-engineered from a defective OEM part.”

When a shop files a complaint about a part, Bekker said, CAPA sends a crate that the shop can use to ship the part to Intertek for review and testing.