Study Claims Tesla and Other EVs Are Not Wanted by Consumers 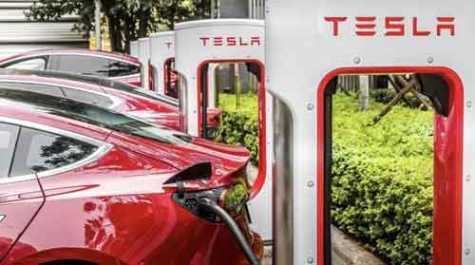 A recent study from US-based global marketing information services firm JD Power has concluded that consumers are not at all that excited about the advent of full self-driving vehicles, or electric cars for that matter.

The rather surprising results are sourced from JD Power’s Mobility Confidence Index Study, which was conducted in collaboration with SurveyMonkey, which polled 5,749 consumers who were asked about self-driving vehicles, and 5,270 consumers who were asked about all-electric cars. The respective results of both polls were then converted to a 100-point scale. According to the firm, the results were not encouraging, with autonomous vehicles scoring 36 out of 100 and EVs scoring 55 out of 100.

JD Power has not published the full results of its study, though it has noted that the respondents of its self-driving vehicle survey expressed concerns about riding in autonomous cars themselves, as well as being on the road with other drivers while inside a self-driving car. The firm noted that 71% of the study’s respondents were most worried about tech failures that can happen while an autonomous vehicle is in operation, while 57% were concerned about the possibility of the cars getting hacked. It should be noted that 68% of the study’s respondents admitted that they had “little to no knowledge about self-driving vehicles.”

The results of JD Power’s EV survey were a bit better compared to its full self-driving vehicle study. Charging infrastructure and battery range were listed as “critical challenges which must be addressed,” with 64% of respondents having concerns about charging infrastructure, 77% expecting electric vehicles to have a range of at least 300 miles, and 74% stating that they were unwilling to wait more than 30 minutes to replenish 200 miles of range in a charging station.

Amidst these concerns, only 39% of the respondents to JD Power’s survey stated that they were likely to purchase an electric vehicle, while 49% expressed concerns about the reliability of EVs compared to gas-powered cars.