Driverless Tesla Semi: Did They or Didn't They? 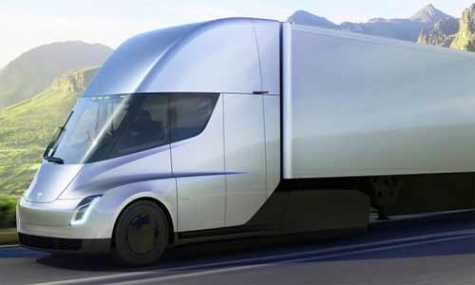 A recent video shared by tweet courtesy of Spencer Uttley has set the Internet a-roar with regard to the future of driverless transport vehicles.

What is believed by many to be a driverless Tesla Semi electric truck was spotted on the highway in California at the top of May and divisive opinions about the meaning of the potentially-driverless electric transport truck quickly sparked up on all platforms faster than you could say "SpaceX."

While Elon Musk originally unveiled the concept for the electric truck project in November of 2017, production models have been re-slated from a previous scheduled release this year to a late 2020 projected release. The trucks will reportedly operate utilizing the same autopilot capabilities featured in other Tesla prototypes and are said to represent enormous fuel savings for the future of transshipment.

Concerns about whether this latest development from the Tesla innovator will defeat thousands of jobs for commercial drivers continue to rage all over the market.

The outcry surrounding the mere possibility that this truck captured by Uttley might be the first stone on the mass grave of all known CDL-holders' livelihoods has drawn an interesting 50/50 line down the reception of the vehicle (and the Tesla name) as a whole.

Do the eco-benefits of the driverless freightage idea outweigh the preponderance of unemployed truckers projected as collateral damage? Does progress in tech innovation always exact a human cost?

These are questions best left to the universally decisive factors of time and experience. What we can be sure of at this point is that Tesla's electric truck project will be worth watching as one of the more formative developments in automobile technology in the coming year. If you should see a driverless semi or two between now and then, maybe just rubberneck a moment, take a breath and hope for the best.

Read 1040 times
More in this category: « Ford, Volkswagen in Partnership Towards Autonomous and Electric Vehicles Wilson vs. Safelite Lawsuit Comes to an End Through Court of Appeals »
back to top