End of an Era: Volkswagen Stops Production of the Beetle 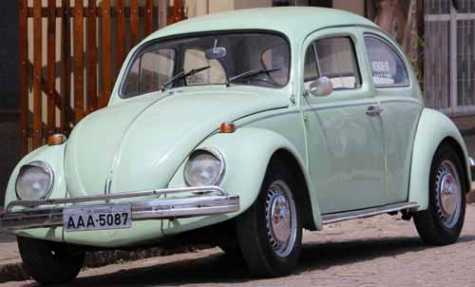 It’s the end of an era for Volkswagen Beetle fans.

The iconic vehicle that spanned decades is being put out to pasture, with Beetle production coming to an end. The final car, which was produced in Volkswagen de Mexico's Puebla plant, will live on in the vehicle manufacture's museum in Puebla.  Resources at the plant are being shifted to focus on the production of a compact SUV that is smaller than its popular Tiguan.

“It’s impossible to imagine where Volkswagen would be without the Beetle,” said Scott Keogh, president, and CEO, Volkswagen Group of America in a press release announcing the end of the Beetle. “From its first import in 1949 to today’s retro-inspired design, it has showcased our company’s ability to fit round pegs into square holes of the automotive industry. While its time has come, the role it has played in the evolution of our brand will be forever cherished.”

Introduced for the first time in 1949, Volkswagen went on to sell close to five million Beetles in the U.S alone. Worldwide sales hit a total of 21.5 million cars. In 1989 Volkswagen reintroduced a new version of the Beetle, selling more than 1.2 million of them between 1998 and 2010. The third generation hit the market in 2012, with about 500,000 sold.

Volkswagen Has Meant Different Things Over the Decades

Over the decades that the Volkswagen Beetle was in production, it has meant different things to different people. When it was first launched as a project of Germany's Third Reich, it became a symbol of post-war Germany and the rise of the middle class.

Fast forward to the 1960s and the Beetle signified rebellion in the U.S. It became the biggest market for the storied vehicle, with it hitting peak sales in the late 1960s.  It was a favorite of hippies in the U.S. during the 1960s and went on to become a star thanks to Disney's "The Love Bug" movie that debuted in 1968.

Volkswagen tried to breathe fresh life into the iconic brand in the late 1990s, launching different versions to appeal to nostalgic consumers.

Since the days of the Beetle Volkswagen has a tough time of it. The company is still working to improve its reputation after it got caught cheating on an emissions test which resulted in it being fined $2.8 billion in the spring of 2017 as part of a plea deal.