Are We Programming Killer Cars? The Ethics of Autonomous Vehicles 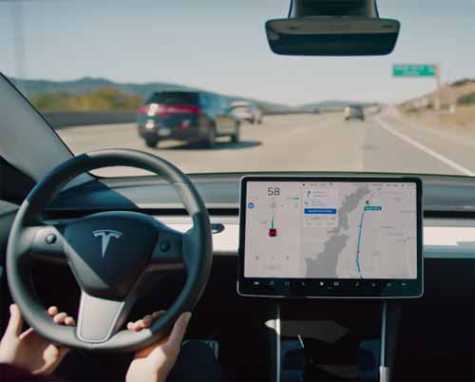 Currently, Tesla cars are equipped with the necessary hardware for autonomous driving, but software updates are required to fully enable the feature. Tesla / YouTube

Over the past several years, more and more autonomous features have been embedded in cars.

A Techopedia article reported that even earlier Tesla cars contained "the necessary hardware for autonomous driving," though activating the ability depended on a software update. The article also envisioned the difference between the way autonomous cars built today will differ from the ones in the future.

The next generation of autonomous vehicles, however, would not need steering wheels, pedals or transmissions. The advantage of such cars is the possibility of reducing accidents and providing necessary transportation for people who are incapable of driving.

However, the downside is that the necessity for the human agency that sets up the car's programming to foresee all possible scenarios and to direct the car will inevitably cause some form of harm.

Self-Driving Cars and the Trolley Problem

Ideally, drivers avoid hitting anything or anyone. But it is possible to find oneself in a situation in which it is impossible to avoid a collision, and the only choice is which person or people to hit.

This ethical dilemma is what is known as the Trolley Problem, which, like the trolley itself, goes back over a century. It’s generally presented as follows:

You see a runaway trolley moving toward five tied-up (or otherwise incapacitated) people lying on the tracks. You are standing next to a lever that controls a switch. If you pull the lever, the trolley will be redirected onto a side track and the five people on the main track will be saved. However, there is a single person lying on the side track.

You have two options:

Previous Page Continue reading »
Read 1310 times
More in this category: « Mini Dealership Sues BMW Because It Had No Choice Watch This Defective Takata Airbag Inflator Explode: Video »
back to top