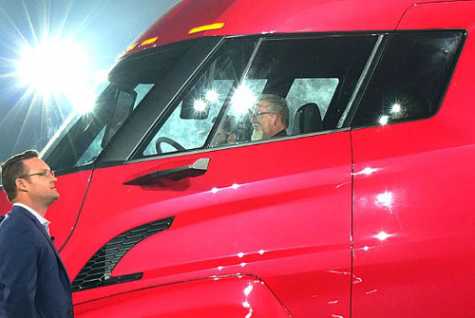 In an interview, Nikola Motor CEO Trevor Milton said while electric trucks like the Tesla Semi will likely dominate short-haul jobs in the future, hydrogen is still the key for tomorrow’s long-haul routes.

Speaking with trucking-themed publication Trucks.com, Milton provided some insights on his vision for Nikola’s trucks, his company’s electric vehicles and why hydrogen makes sense as a sustainable source for propulsion.

Nikola Motor is still a small company and is attempting to breach a market that is populated by giants such as Volvo and Daimler. To make this endeavor a success, Milton said he needs to “build the iPhone of trucking,” which involves an ecosystem that does not just involve a vehicle, but its fueling infrastructure as well.

“Apple would not be Apple if the iPhone was just a phone. We don’t just provide you with the truck. It was about building the best back end a phone has ever had. And that’s what we do with Nikola … We provide you with all the fuel for the first million miles. When you sign on for Nikola we put in a hydrogen station with all your fuel covered, without any cost variation, for seven years. No one else will do that,” Milton said.

Nikola is yet to deploy its trucks to the market and other disruptive companies like Tesla have unveiled trucks of their own. Tesla, for its part, designed the Semi as a fully-electric truck, just like its other vehicles. Amidst the rising competition in the green trucking segment, Nikola has also expressed its interest in offering battery-only versions of its vehicles. Milton explained this strategy in his recent interview, admitting that for some tasks, battery-electric trucks simply make sense.