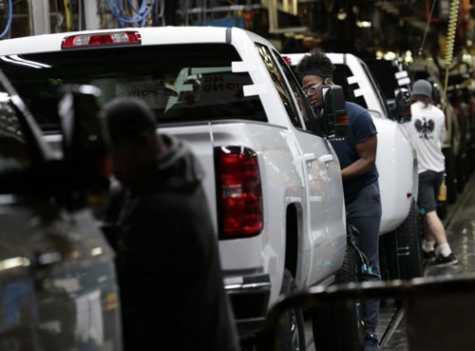 The proposed tariffs will disrupt the supply chain for every automaker, domestic and foreign, in the United States, according to Rebecca Lindland, who spent 10 years at IHS Automotive as director of research and was the senior director and executive analyst at Kelly Blue Book. She now operates her own auto website, Rebeccadrives.com.

‘U.S. trade with Mexico is all about cars’

Sixty-seven percent of U.S. imports from Mexico are intra-company trade according to Deutsche Bank research. Torsten Slok, the chief economist and managing director at Deutsche Bank Securities, explains that means two-thirds of companies producing goods in Mexico are producing products for their own supply chain and other manufacturers.

“U.S. trade with Mexico is all about cars. This would cripple the auto industry,” he said. “It would bring car production to a halt pretty quickly.”

Slok cites trade data that shows 35% of U.S. auto exports, from a value added standpoint, consist of parts manufactured in Mexico. That percentage reflects the value of parts produced in Mexico and Canada and included in cars assembled in the U.S. The number has grown every year since the mid-1990s when the North American Free Trade Agreement (NAFTA) was ratified.

“The whole industry really changed when NAFTA came into play,” says Lindland. “We are one region and the biggest challenge is that we are not flexible. Vehicles have 30,000 parts and if you are missing a couple of screws you can’t build that vehicle.”

Trump is using the International Emergency Economic Powers Act (IEEPA) to impose a 5% tariff on Mexican imports unless the Mexican government stops migrants trying to reach the U.S.

“Mexico must step up and help solve this problem,” Trump said in a statement released by the White House. The president went on to say the tariffs will be raised to 10% in July and could eventually hit 25% by October 1.