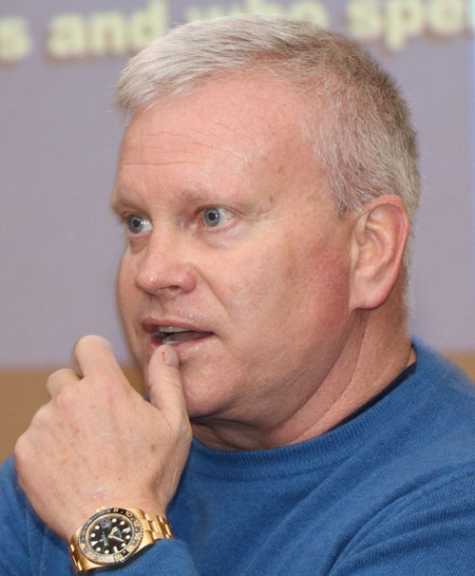 Todd Tracy, an attorney based in Texas, has been combatting the automotive industry and protecting consumers for over three decades.

However, he became a household name in the collision repair industry in 2017 with the infamous Honda Fit verdict, followed by a series of crash tests to differentiate between aftermarket and OEM parts. Now, Tracy is fighting a new battle against counterfeit airbags.

Over two years ago, 34-year-old Sarah Loughran died in a head-on, single-vehicle collision in Highland Park, Texas. Tracy’s team led an investigation to figure out why the airbag failed to deploy, causing fatal injuries.

After 18 months of research, they discovered the reason the airbag never deployed: “We were focusing on the steering assembly and literally, I think there may have been an angel that day, because the steering hub fell out, and we saw putty and a rag in there and it was never going to fire, because there was no igniter, squib or airbag in place,” Tracy said.

Tracy’s team spent a year and a half researching the vehicle—wondering why the airbag didn’t deploy. He said at first, the team had to see if it was an issue pertaining to sensors and, or electronics.

“Upon downloading the vehicle’s ACU, we determined there was a signal sent which would have been sent at 25 milliseconds, but nothing fired,” Tracy said. “A sufficient change in velocity was reached, but no airbag fired. The pretensions fired at 16 milliseconds, so we had to start asking ourselves if we had electronics issues, since we didn’t have sensor issues; yet, we never found an interruption of electricity.”

When Tracy and his team looked at the actual airbag assembly, they first drew notice to the hub being replaced by a shop rag. Someone stamped SRS on the hub and used counterfeit fabric, he said.

“I can’t tell you how many tens of thousands of dollars we spent trying to figure it out,” said Tracy. “I guarantee you there are cars driving around Dallas-Fort Worth [with airbags] that will not fire. There could be other Sarah’s out there right now. All that is keeping them alive is not having an accident.”

Although multiple experts from Kia as well as the Loughran family inspected the vehicle, no one realized the airbag was counterfeit.

“They fooled a bunch of engineers and a lawyer who has been doing this for 30 years,” Tracy said. “This was a time bomb waiting to go off. It just needed an unsuspecting victim, and unfortunately, that was Sarah.”

Tracy’s team has not previously encountered a counterfeit airbag, but said, almost always the team finds answers during engineering analysis.

“Our engineers follow a certain protocol and 99.9 percent of the time, we find out what happened,” Tracy said. “Now I wonder how many counterfeit airbags we missed and chalked up due to bad luck.”

Tracy said now is the time that the industry should address this issue. We get to the foundation of the problem by figuring out who is causing it.

“The only way a consumer can protect themselves is to ask for an independent examination—from a reputable source—to check the DTCs,” he said.

Creating counterfeit airbags is a serious offense in most states. Most often, it is considered a felony, since you’re installing something that results in someone’s death, Tracy said.

“This is an intentional act—no different than shooting someone with a gun,” Tracy said. “You are destroying that vehicle’s ability to protect its occupants and save lives.”

Tracy plans to pursue his fight against counterfeit airbags by taking a three-prong approach. First, he wants to see state regulations. Secondly, he said insurers need to stop funding these people.

He stressed, “Send your vehicles to the best facilities with all the certifications. These men and women go through several hours of training each year. The insurance industry wants to use some fly-by-night shop to get the vehicle back on the road and they have to stop that practice. Lastly, repair facilities have to band together and pull out these bad apples; then, let the legal system finish them off.”

Fortunately, Tracy is convinced that the majority of collision repair facilities are performing quality repairs that will prevent the use of counterfeit airbags and resulting fatalities.

“The vast majority of the repair industry wouldn’t do something like this,” Tracy said. “There are always those that give the profession a bad name. Instead of saving a tree, let’s save a life, how about that?”