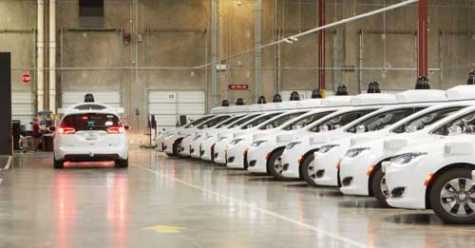 Whether you like it or not, self-driving cars will be hitting the road in full-force in the coming years.

Thanks to new technology developed by companies such as Tesla and even Uber, autonomous vehicles will become a staple of modern culture, with nearly 10 million self-driving cars expected to hit the road by 2020.

Yet, not all is well across the autonomous landscape. Like any new technology, there have literally been speed bumps in the world of self-driving cars. From accidents to malfunctioning AI, self-driving vehicles are still very much in their infancy.

However, new research in the world of autonomous vehicles has uncovered another potential issue down the line: parking. Anyone living in a metropolitan area will tell you that parking is always a long-winded adventure. According to a new study, autonomous vehicles could create a problematic parking issue.

Imagine a scenario: You and your family are dropped off by your electric car in the center of the city. However, like most already know, parking in the city is expensive, so rather than park, your vehicle cruises around the city until you're done.

Though this may sound like a sweet set-up and a potential perk of owning an autonomous vehicle, this could be detrimental to transportation in the near future.

“Parking prices are what get people out of their cars and on to public transit, but autonomous vehicles have no need to park at all. They can get around paying for parking by cruising. They will have every incentive to create havoc,” said Adam Millard-Ball, an associate professor of environmental studies at the University of California, Santa Cruz.

Robot-filled gridlock is a real potential issue if something is not done.

Professor Millard breaks down his concerns further in his published paper “The Autonomous Vehicle Problem.” In his paper, he estimates that just the presence of the relatively small amount of 2,000 self-driving vehicles in the San Francisco area will slow traffic to less than 2 miles per hour.