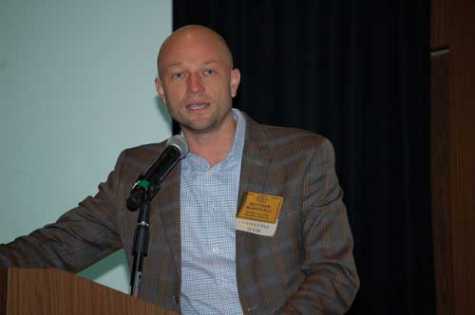 The confusion within the industry related to part-type definitions was evident at the Collision Industry Conference (CIC) held in Palm Springs, CA, in January when a CIC committee walked attendees through a series of multiple-choice questions.

It was a topic raised at the preceding CIC at a time when the California Bureau of Automotive Repair (BAR) was reiterating its rule that all parts must be identified only as new, used, rebuilt, reconditioned, OEM or non-OEM. The BAR has stated that the terms “alt-OE” or “opt-OE” are too unclear or inconsistently used and therefore cannot be listed on customer estimates or invoices in that state without providing additional information about such parts, including what warranty they carry.

To demonstrate the lack of consistency among part types within the industry, Ken Weiss, the new chairman of the CIC “Parts and Materials Committee,” asked the more than 250 people at the Palm Springs meeting whether an OEM part “must come in branded OEM packaging,” and 81 percent of respondents agreed that it did.

But he also asked if that OEM part can be sourced only through one of that OEM’s branded dealers, and only 40 percent agreed that it did. (Most automakers in the past have said OEM parts can only be purchased through one of their dealers.)

Weiss said the nearly 50-50 split over where OEM parts can be sourced is somewhat emblematic of the confusion in the industry and is something the committee hopes to address in the coming year.

The lack of consensus on part-type definitions became even more glaring when Weiss asked CIC attendees in which part category they would put:

How about an OEM’s private label part, Weiss asked, such as a BMW part engineered by Bosch for BMW and sold in a Bosch box? CIC attendees were about evenly split on whether they would categorize that part as “new OEM” or “aftermarket.”

About half of CIC attendees agreed with the statement that “opt-OEM” is a “catch-all part-type description to avoid labeling a part as aftermarket,” but 30 percent of CIC attendees weren’t aware that “opt-OEM” (along with “alt-OEM or “surplus-OEM”) can’t be used on customer estimates or invoices under California BAR regulations.

“What I’m trying to underscore is there is confusion. There is not a consensus in the industry,” Weiss said. “Different platforms should not be using different terminology to describe identical part types. We need, as industry partners, to get together and come up with clear definitions that the industry accepts [so] we at least understand what a part is.”

That process, he said, will require the involvement of shops, insurers, parts suppliers and the estimating and parts platform providers. Anyone interested in participating in the CIC committee (which holds conference calls in between CIC quarterly meetings) can sign up at the CIC website (www.CIClink.com).

Two other presentations at industry meetings held in Palm Springs offered examples of some of the potential limitations of relying on aftermarket scan tools or sources of OEM procedures other than the automaker’s own information websites. Speaking at CIC, Greg Potter of the Equipment and Tool Institute outlined how the organization conducts its primary function as a conduit of technical data from the automakers to the independent aftermarket (primarily aftermarket scan tool-makers). It is the frequency with which that data is provided by some automakers that could be a concern to those seeking the latest information.

That indicates that some changes made by a manufacturer could take up to another year to reach those using aftermarket scan tools. Other potential shortcomings are in the process as well.

“When we receive all this data, we have no idea whether what we receive from a manufacturer is complete,” Potter said. “Nobody really knows that until they have to implement it and make it work. So we let our members know there’s new data provided by, say, Acme Car Company. They will access the information that they need to repurpose into their databases and implement into their scan tools, and they will always find missing pieces. So they come back to us and say, ‘We can’t find information on this controller,’ or ‘We can’t find this routine,’ and we go back to the manufacturer and say there are some things missing. They find it and provide it to us and we upload it. So it’s a constant process we do with the manufacturers all year round.”

The other example of possible limitations of third-party providers of OEM information was shared by Montana shop owner Matthew McDonnell during the Society of Collision Repair Specialists’ (SCRS) open board meeting held in Palm Springs.

McDonnell, an SCRS board member, said his shop recently repaired a 2017 Toyota Highlander that involved replacing the dogleg on the quarter panel. The shop used the Mitchell International system to prepare the estimate and access the Toyota repair procedures incorporated into Mitchell’s system. [General Motors will be similarly incorporating its repair procedures into the Mitchell system.]

The issue? McDonnell said the Toyota procedures available through Mitchell included “maybe about 20 percent” of what was needed.

“We were able to pull about four OEM documents related to the full quarter-panel replacement, but what we couldn’t pull was the corrosion protection [procedures], the foam location and installation and the safety inspection information after a collision,” McDonnell said.

He said all of the Toyota information for the job they did download through the Mitchell system was at least six months old, and some was as much as a year old. The shop was able to locate the additional information needed through Toyota’s website, but McDonnell said the “bill-payer” on the job questioned the amount of time the shop spent on OEM research for information that the insurer presumed “was just a click of a button” away within the Mitchell system.

“We have spent a lot of time [using] the OEM websites, and I feel that is the most accurate and up-to-date source that we can find,” McDonell said.

View the embedded image gallery online at:
https://www.autobodynews.com/index.php/industry-news/item/17105-committee-seeks-to-build-industry-consensus-around-part-type-definitions.html?showall=1&start=0#sigProId45690f6aed
More in this category: « Does the Collision Industry Have a Crisis of Opportunity? Self-Driving Vehicles To Make Traffic Even More Miserable, Says New Study »
back to top