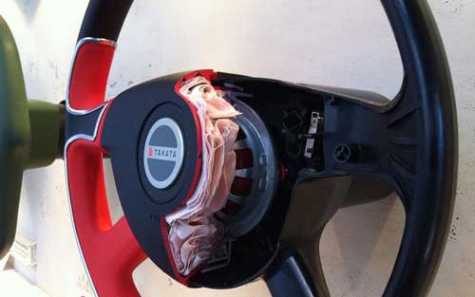 In early January, Toyota and Ford announced the recall of 2.7 million vehicles due to exploding airbags in the ongoing Takata airbag disaster.

At least 23 people have been killed as a result of exploding front passenger Takata airbags, leading to a massive recall that has affected almost every automaker. Toyota recently announced an additional 1.7 million cars for recall, which followed just days after Ford announced an additional 953,000 vehicles for recall. Some estimates say the recall affects as many as 350 million cars worldwide.

In each horrific accident, the faulty airbag component exploded without warning, sending flying shrapnel throughout the vehicle. In addition to the needless deaths, at least 240 people have suffered injuries such as puncture wounds, lacerations and skull fractures.

Florida Senator Bill Nelson is leading the charge to hold Takata airbags accountable, as Florida has been identified as the locale with the most injuries and deaths from the faulty airbags. The state has linked 83 injuries and three deaths to the airbags so far.

At fault in the airbags is the use of ammonium nitrate, which creates an explosion reaction designed to inflate the airbags. Over time, though, and especially in hot climates like Florida, the integrity of the airbag system can become compromised, creating an explosion with too much force that blows apart a metal canister containing the chemical and sends shrapnel into the passenger.

As reported by the Associated Press, the airbags did just as feared when one woman in Florida in January of 2018 died from shrapnel-caused injuries.

Nichol Barker of Holiday, FL, was a 34-year-old woman who was traveling with her 5-year-old daughter, 10-year-old son and mother when a 19-year-old man in a 1999 Pontiac Firebird Trans Am made an illegal left turn in front of her. Barker’s 2002 Honda Accord struck the Tran’s Am’s passenger’s side, causing the faulty airbag to rupture and fire hot shrapnel into Barker’s skull.

Barker suffered 3-inch and 6-inch wounds to her head, as well as a fractured skull and bleeding and bruising on her brain. Although she was flown by helicopter to a hospital, Barker was pronounced dead only 40 minutes after the accident. Barker’s daughter was unharmed, and the others suffered minor injuries.

Previous Page Next Page »
Read 779 times
More in this category: « Challenges of Processing Hail or Other Catastrophe Claims Among Discussion at CIC Policy Statement Calls for All Collision Repairs to Follow OEM Repair Procedures »
back to top