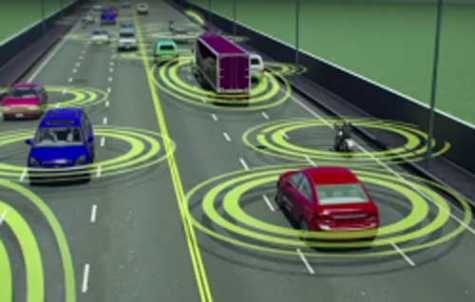 What's in a name? When it comes to partially automated driving systems, apparently a lot.

The latest research from AAA indicates that 40 percent of U.S. consumers believe partially automated driving systems can do all the driving---a scary proposition for all drivers on the roads.

Names such as Autopilot, Pilot Assist and ProPILOT allegedly confuse some drivers who don't pay attention to their surroundings because they believe the cars handle all the driving chores.

In addition to the confusing names used by some automakers, researchers at AAA also tested multiple systems in four vehicles and determined they suffered from serious problems when dealing with stationary vehicles, poor lane markings and unusual traffic patterns.

To research partially automated vehicle capabilities, AAA conducted tests on the closed surface streets of the Auto Club Speedway in Fontana, CA. Additional tests were conducted on highways and limited-access freeways in the Los Angeles area.

While driving on public roadways, the test vehicles had problems in moderate traffic, on curved roadways and when traveling streets with busy intersections.

According to researchers, the systems typically did best on open freeways and freeways with stop-and-go traffic. However, nearly 90 percent of events requiring driver intervention were caused by the inability of the test vehicle to maintain lane positions.

Closed-track tests were conducted by using multiple driving conditions such as following an impaired driver and coming upon a tow truck or a vehicle that suddenly changed lanes to reveal a stopped vehicle was in the road.

AAA said all the vehicles successfully maintained lane position and recognized and reacted to the presence of the tow truck with little to no difficulty.

Previous Page Continue reading »
Read 1754 times
More in this category: « Tariff Rate Increase Put on Pause Amid New Discussions CREF To Offer Over $200,000 in Grants & Scholarships to Collision Students »
back to top