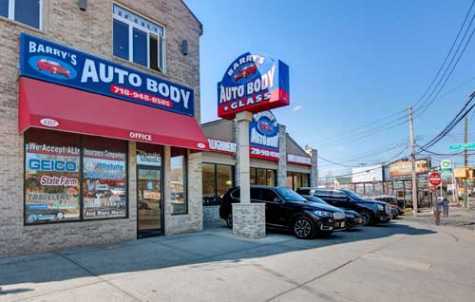 Barry’s Auto Body is part of an ongoing lawsuit filed on behalf of five of its customers for “violating general business law §349 by engaging in unfair claims practices.”

The Staten Island, NY-based body shop originally filed the lawsuit in July of 2017 in the Supreme Court of the State of New York against Tri-State Consumer Insurance Company, Inc., IANet Corporation and three insurance adjusters.

Barry’s Auto Body, co-owned by Barry Crupi, Jr. and his sister Michele, alleges that Tri-State provided only partial payment for the damage claims of customers’ vehicles to repair them back to their pre-accident condition as obligated under an insurance policy and New York State law.

The body shop is suing for a total of approximately $500,000, which includes legal fees and treble (triple) damages.

Prior to the repairs, Tri-State provided Barry’s Body Shop estimates for each of the vehicles.

According to court documents, “… Tri-State used improper methods for calculating the number of hours required to repair the vehicles, including without limitation, refusing to pay for certain necessary repairs, refusing to allow for items which were recommended by the manufacturer guidelines and/or best practices and refusing to account for the published guidelines that are generally accepted within the automotive insurance repair industry.”

The documents also state that “… Tri-State arbitrarily set price caps on the amount it would pay per unit for labor costs to repair the vehicles,” and they were far below the market rate.

Barry’s Auto Body alleges in court documents that when preparing the estimates, “Tri-State insisted on using parts that are not Original Equipment Manufacturer parts (non-OEM), even when those parts are known to be of inferior quality to OEM parts and where the use of such non-OEM parts did not meet Tri-State’s contractual and legal obligations under the applicable policies and under New York State Insurance Law.”

Six causes of action are mentioned in the lawsuit.

The first is Breach of Contract Against Defendant Tri-State. Barry’s Auto Body alleges that Tri-State did not provide enough funds (a sum of $53,905.67) to adequately restore the vehicles back to their condition prior to the accidents/occurrences.