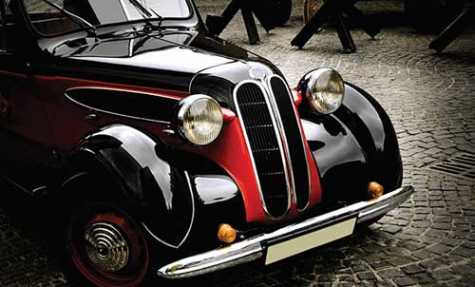 Spending most of its life waiting for a turn on the open road, a classic car typically lives a pampered life in a structurally sound, climate-controlled garage equipped with a fire extinguisher, sprinkler system and alarm.

When the weather turns warm or there is a chance to participate in a local car show, owners and their vehicles will hit the road looking to show off fancy rims, glossy paint jobs and lots of chrome. It is also when classic cars face the greatest risk of a loss or an accident.

While the majority of auto claims are legitimate, claims professionals should be aware of some red flags that could indicate insurance fraud.

Auto insurance fraud can have a major financial impact on all car owners. The billions of dollars lost to fraudulent claims each year tack on an extra $200 to $300 in premium costs to other drivers’ bills, according to a 2012 National Insurance Crime Bureau (NICB) report.

Knowing the markings of insurance fraud may help insure that other car owners aren’t paying higher premiums as the result of a few bad actors.

A valid loss can turn sour when a car owner claims the accident caused more damage than actually matches the facts. Known as soft fraud, these inflated claims are often an attempt to have the insurer restore the car rather than repair it to its pre-loss condition. For example, the body shop presents an estimate to have the entire car painted when the facts of the accident only support repairing one panel.

Car owners, unable to find parts or having run into unforeseen restoration costs,  may consider slicing seats or pouring sugar into the gas tank, among other ploys, all with the intent of turning over the headache or cost of restoration to an insurer.

Vandalism can also be a red flag for fraud, especially when it involves keying. For instance, the car, left unattended, is keyed at random by a stranger. However, the claim may grow suspicious when multiple panels, the roof and hood are damaged.

When a classic car stored in a locked garage suddenly goes missing, it’s difficult to give credence to a theft claim when there is no or conflicting evidence of forced entry. An intact garage with the lock undisturbed or broken window glass scattered on the outside of the garage may be signs that bring a theft claim into question.

Burnouts, doughnuts or power slides, among other ill-advised driving moves, are sometimes just too tempting to resist in many muscle cars of the ‘60s and ‘70s, but the resulting accident can be hard to acknowledge to an insurer. Some drivers might decide to spin a fantastic tale, resulting in claims fraud, rather than admit to the facts. Their reluctance to stick to the truth only complicates an otherwise covered loss.

When it comes to claims fraud, distinguishing fact from fiction can sometimes be tricky. Did the car accidentally slide down the hill into a ditch or did it have some help? Did someone really break into the garage to vandalize the car? Why didn’t anyone see the car being keyed on a busy street?

Most claims are just what they seem … legitimate. But an awareness of some red flags may help reduce insurance fraud and deliver the best possible service to policyholders.

Read 1424 times
More in this category: « Experts Weigh in on the Future of the Automobile VeriFacts Automotive Opens Collision Technology Center »
back to top