EDR Imaging, Claims: Putting the Pieces Together After a Crash 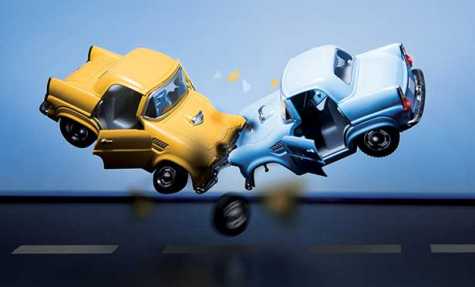 Data on how fast a vehicle was moving before, during and after a crash can help adjusters determine the veracity of an insured’s statement and determine who was at fault. Shutterstock

Over the years, technology has increased the amount of information obtained following a motor vehicle accident.

An event data recorder (EDR), often mistakenly referred to as a “black box,” contains an amazing amount of helpful data relating to accident investigations. It helps fill in missing pieces, as well as verify the insureds’ facts of loss. When used in conjunction with the other aspects of a claims investigation, data taken from an EDR can be an invaluable tool for resolving claims.

The History of EDR

General Motors was a driving force of today’s technology when it began using an accelerometer in its airbag control modules (ACM) in 1994. The accelerometer saved acceleration data and was a key factor in making airbag deployment decisions based upon the severity of the crash.

As technology developed, the ACM began communicating with the powertrain control module (PCM). The PCM contains the engine data, such as speed, brakes being on or off and information on the gas pedal’s position. The PCM information was also stored in the EDR, along with pre-crash data. The amount of pre-crash data differs by manufacturer.

In the early 2000s, other manufacturers such as Ford and Toyota also started recording data. As the years passed, most automobile manufacturers began recording data. The National Highway Safety Transportation Administration (NHTSA) studied EDRs and published a rule in 2006, which then became Federal Law: 49 CFR Part 563.The law does not require the installation of EDRs in each vehicle, but it does state that if there is an EDR present, it must record specific information. All installed EDRs needed to record at least the following: List of items that must be recorded by an EDR during an auto accident. (Photo: Edge Investigations LLC) Source: 49 CFR Part 563

There are two additional tables of information, which are required to be recorded, if applicable. NHTSA also required that any installed EDRs comply with Part 563 by Sept.1, 2012.

By imaging the data contained on an EDR from a crash, a claims professional can gain a better picture of what occurred.

Recently, the National Insurance Crime Bureau (NICB) warned of a rise in parked and unattended vehicle accident fraud. EDR data can be a valuable asset in these claims. For example, insureds will report that their vehicle was damaged while it was parked and unattended. Throughout the claims process, red flags regarding the validity of the claim are apparent. In order to verify the claim occurred as reported, the EDR of the insured vehicle is imaged.