Autonomous Vehicles Must Give Passengers Some Control 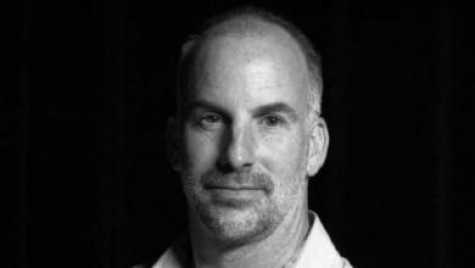 Our team at Intel has been designing, prototyping and testing new experiences passengers will have with autonomous vehicles that handle all driving tasks.

We do this work to understand what technical capabilities will be required, and how best to optimize those capabilities on our platforms.

During our investigations, we heard peoples’ enthusiasm, concerns, questions and expectations. One of the most common responses from our research is that potential users want an autonomous vehicle that drives like they do.

When asked to explain, they said they thought the vehicle should mimic the way they personally drove, including making decisions and following (or not following) traffic laws as they would.

At first glance, this response seems strange in light of how people interact with other modes of transportation where they are passengers.

In general, we don’t want taxis, buses, planes, trains and subways to drive the way we do. We may want to get to where we’re going faster, but we easily assume the role of a passenger in these contexts because it’s the only role we’ve known. We place our trust in the abilities of the driver, pilot or engineer and turn our attention to various activities, take a nap or simply look out the window.

However, with cars, it’s different. For decades, we’ve been the drivers and trusted cars in the way we trust other tools---as reliable instruments that support our own abilities.

This makes sense because we are the ones who are tested, licensed and insured. We are responsible for following the rules of the road, and we are accountable for our actions while driving, including crashes and parking tickets.

So with coming self-driving vehicles, where many decisions and operations will be handled by an autonomous system, we will need to adopt a different mindset. We’ll need to let go of being the driver, but we’ll also need to be more engaged than simply being a passenger. In essence, when riding in an autonomous vehicle, we’ll need to be a passenger with control.

Control over the route

Without using a steering wheel, pedals or other traditional controls, passengers still will need to interact with an autonomous system to get from point A to point B. Passengers will need to understand why, how and when to engage with the system. Trust and safety will be established when passengers feel in control of where they’re going and what the vehicle is doing. Control in this context includes determining how to begin a trip, adding a stop, changing the route or destination, and deciding where the vehicle will pull over.

Control in case of emergency

From a minor accident to a malfunctioning sensor, passengers will need to feel in control of a variety of emergency situations. We’ve found that passengers assume an autonomous system will handle certain aspects of an emergency, but they also expect to have a hand in what is required or needed.

Passengers must have the ability to pull a vehicle to the side of the road if it can’t do so on its own, and they will need to be able to exit the vehicle in an emergency and speak to appropriate support services when necessary.

Again, these abilities will go a long way toward establishing a sense of trust and safety between passengers and the autonomous system.

Freed from the necessity of driving a vehicle, passengers will want to have control over the things they will do in an autonomous vehicle. Depending on the activity, this may include accessing the internet, charging and using the devices they’ve brought with them, and sharing content or information with others they are riding with. Keeping passengers’ data secure during a trip and not leaving data behind once a passenger has exited the vehicle also will help establish trust with the autonomous system.

All in all, what our testing has shown is that, as drivers, all of us will need to shift our frame of mind as we embrace autonomous vehicles at our own pace and on our own terms. Each of us will have to come to a new understanding of how we interact with vehicles as part of a new relationship that is somewhere between driver and passenger.

Feeling in control of the rides we take will be a crucial part of trusting, feeling safe and ultimately accepting autonomous vehicles.

Matt Yurdana is a Creative Director in the Internet of Things Experiences Group at Intel, focused on creating new experiences with autonomous vehicles. He and the team prototype and test new interactions for how passengers will trust, communicate with, and feel safe in autonomous vehicles.

We thank WardsAuto for reprint permission.