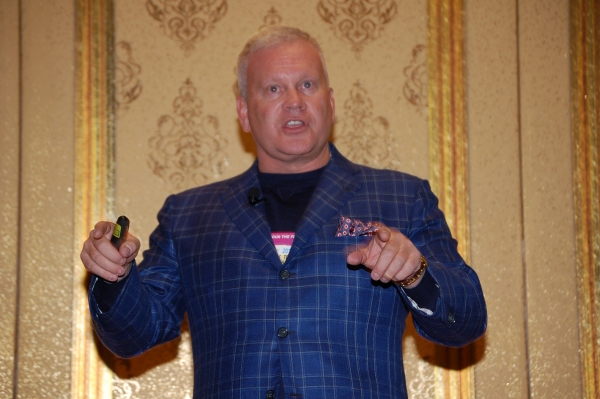 Shortly after gaining notoriety within the collision repair industry in 2013 for suing State Farm over its mandated use of PartsTrader, Mississippi attorney John Eaves was speaking to shops during SEMA week in Las Vegas, recruiting participants for lawsuits against insurers that he said would revolutionize the industry.

Almost four years later to the day, Texas attorney Todd Tracy told shops in a packed Las Vegas ballroom during this year’s SEMA that his recent $42 million lawsuit against a dealership body shop---and a subsequent related lawsuit against State Farm---also potentially marks the start of a profound shift for collision repairers.

“This is a defining moment in your industry,” Tracy said. “You have a verdict that can change the industry.”

Tracy was careful to point out that his goal isn’t to sue body shops for failure to follow OEM repair procedures---the basis of his legal victory against John Eagle Collision Center. Instead, like Eaves, Tracy has insurance companies in his legal crosshairs.

“By dictating improper vehicle repairs for decades, insurance companies have seriously injured and killed thousands of customers who were driving around in time bombs they didn’t know about,” Tracy said. “If you don’t think I’m on your side, folks, this…ought to tell you I am absolutely on your side.”

Tracy shared many of the details of his lawsuit against John Eagle Collision on behalf of a Texas couple, Matthew and Marcia Seebachan. The Seebachans were driving their 2010 Honda Fit in late 2013 when another vehicle hydroplaned and crashed into the Honda. The Seebachans sustained severe injuries, including extensive burns after their vehicle’s gas tank ruptured and the car burst into flames.

The suit began as a liability lawsuit against Honda, Tracy said, but after reviewing how the roof of the Honda Fit separated from the vehicle in the crash, it became clear that it had been previously repaired.

“After handling 2,700 different cases against every vehicle manufacturer in the world, with the exception of Volvo…I said, ‘Something is wrong here,’” Tracy said. “I had never seen a roof do this. OEM roof panels don’t separate like this. The OEM frame members and rocker panels don’t collapse like this underneath the survival space where the occupants are sitting.”

With more research, Tracy learned that a previous owner of the Honda Fit had had it repaired at John Eagle for hail damage, and the shop had used adhesive bonding, rather than welds as called for by Honda, to attach the replacement roof.

“I am a vehicle crashworthiness lawyer,” Tracy said. “I sue car manufacturers for a living. I don’t sue repair facilities. You guys are like me: You’re small businessmen. But when you guys [expletive] up my vehicle manufacturer defect case, I have to go after you.”

He said the jury clearly understood that the shop’s use of adhesive rather than welds went against what both the automaker and 3M (the adhesive maker) called for.

“And I refuse to call it ‘adhesive bonding,’” Tracy said. “We called it glue. No different than Elmer’s glue that those jurors’ kindergarten children use in their art projects… It’s all about smoke and mirrors, what I do for a living, ladies and gentlemen. I don’t know [expletive] from shinola, like you guys do. But I can say it louder, and I’ve got a bigger megaphone, and I’ve got a big personality.”

The lawsuit against State Farm, the insurer that paid for the hail damage repair to the Honda Fit, was the result of a deposition of the director of the John Eagle Collision Center, who indicated that an insurer can overrule OEM repair procedures based on payment practices.

"Well, unfortunately, we're guided by insurance," the shop's director said in the deposition. "So... if you brought your car into my shop, the insurance company's going to dictate... how we're going to repair your car."

But the insurer cannot trump the OEM procedures, can they, the director was asked.

Although Tracy said he’s not looking to sue additional shops, he offered a number of steps shops should take to protect themselves against lawsuits such as the one he brought against John Eagle Collision. First and foremost, he said, always follow OEM repair specifications. If there are no such procedures, document efforts you made to locate them, and keep your customer informed.

“Never forget who your customer is,” Tracy said. “When they entrust you with their vehicle repairs, they are putting their lives and the lives of their loved ones in your hands.”

Avoid language on your website or other marketing that overpromises what you can deliver, he suggested. He called the John Eagle Collision website “insane” in that it said the shop’s goal for repairs is to “achieve ‘better than new,’” and that the shop has what is needed “to restore the vehicle to its condition prior to the incident that caused the damage.”

“Don’t tie yourself down to stupid [expletive] like this,” Tracy said. “If you have a website, make it vague. Make it ambiguous.”

Better yet, he said, stop allowing that to happen.

“If you take away one thing from this talk, [it should be this]: Never put your company’s profit over your customer’s safety,” Tracy said. “That’s a good way to get your ass whipped. And that’s what happened [to the Texas shop].”

Instead, he suggested, “Tell your customer in writing what the insurance company is doing, that you recommend against it because the vehicle will not be as safe in the event of an accident, and that their family or a future owner of the vehicle can be seriously injured or killed,” Tracy said. “Be a hero and stand up to the insurance companies and tell them and your customer in writing that the insurance company’s [suggested] repairs violate OEM repair specifications and will cause serious injury or death…if an accident occurs in the future, and that you will not repair the vehicle knowing you are placing someone’s life at risk.”

If the customer won’t back you up, Tracy said, have them “sign off on your shop performing the insurance company’s repair so you can cover your ass.”

Tracy didn’t sugarcoat the impact this could have on a shop’s business, acknowledging “you’ll lose some money at first,” and “there’s going to be a few casualties along the way.”

But he said if more than just the handful of shops currently standing up to insurers start doing so, the industry could change.

Like Mississippi attorney Eaves did four years earlier, Tracy promised to “be a warrior” for the shops that stand with him against the insurers.