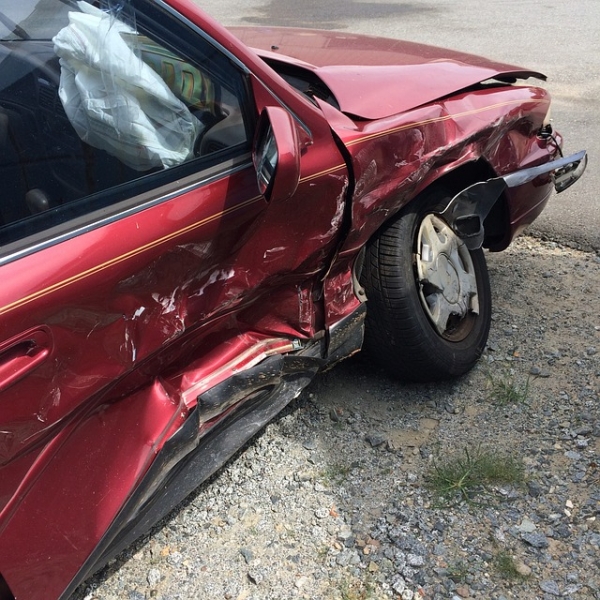 Your first move after getting in a car wreck is critical, but your next move could save you a lot of time and effort.

"Insurance companies  have found that apps can provide a much easier way of doing an initial estimate on what the costs of damage can be from a car," said Loretta Worters with the Insurance Information Institute.

"You think about the cost of salaries---it could save millions of dollars," said Parts and Production Manager Paul Rogers.

Now with the rise of these new apps, people are able to make their claims at the site of a crash.

"It's a faster way; it's a more convenient way for them," Worters said. "I think it's really a great tool that people should start thinking about using."

However, people are questioning if this quicker option is the best option.

"They can't see all the damage, so the only way you're going to know about all the damage is to take it to a shop and let them tear it down and find out what kind of damage is hidden," said Matt Parker, owner of Parker Auto Body Shop in West Monroe, LA.

Car experts, such as Parker, say it's not what's on the outside, but the damage underneath that worries them the most.

That's why they say it's important that you know that after a car wreck, it's all about how you take the pictures and to whom you bring those pictures that can make the difference.

"They need to get several good angles and make sure those photographs are taken well, and that they're very clear," Parker said.

"That's why you need to take it to a facility that has the equipment [and] that has the proper training," Rogers said.

Like all new technology, it has raised a lot of new questions.

The main one is this: Is this the best way for people to report their damage? Or could this quick fix be potentially dangerous in the long run?

This process is very important because if the right eyes aren't on the hidden damage...

That could mean if the vehicle is ever rear-ended again, the rear body panel could wind up in the back seat.

To ease the minds of drivers, some insurance companies and car shops are working together.

"Now insurance companies can also chat with auto repair shops to talk about what the problems might be," Worters said.

"This was the first video conference we [had] done. This is a very new concept, but it is a concept that most likely, most insurance companies are going to go to," Rogers said.

While working together, they feel they can get customers the best repairs possible.

"I went through my supplement step by step with my technician, and showed him everything that was needed,” Rogers said.  "We can do things faster and get the claims settled quicker," Worters said.

We thank MyArkLaMiss.com for reprint permission.

Read 4115 times
More in this category: « Antitrust Suit Contends GEICO Scheme Left Consumers with Unsafe Cars Here’s How to Watch and What to Expect From Tesla’s Semi Reveal »
back to top