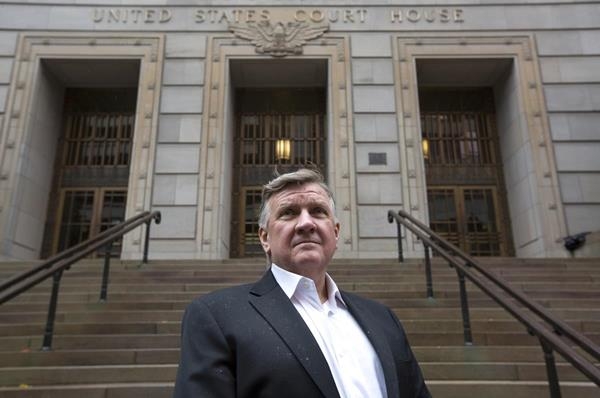 Leif Hansen stands in front of the Gus J. Solomon United States Courthouse in Portland, OR.

Insurance industry giant GEICO orchestrated a complex and widespread scheme with auto repair shops to keep its costs low by cutting corners and making unsafe repairs, according to an antitrust lawsuit filed Nov. 14 in federal court.

The lawsuit was brought by Leif’s Auto Collision Centers, one of the largest independent collision repair companies in the United States.

The court filings allege GEICO engaged in a conspiracy beginning no later than 2014 with a small group of auto repair shops in Portland to provide incomplete repairs in return for a promise of consistent referrals. The purpose of these agreements is to maximize GEICO’s profits by causing its automobile policyholders to accept unsafe and incomplete repairs, according to the lawsuit filed in United States District Court.

“As the lawsuit explains, this is a classic hub-and-spoke conspiracy where a big industry giant bullies its way to higher profits,” said Steven Olson, attorney for Leif’s. “Many Oregonians will be surprised to learn that they are driving unsafe cars as a direct result of GEICO’s backroom dealings with repair shops.”

The complaint lays out a complicated scheme by which GEICO entered into price-fixing agreements with auto repair shops through its Auto Repair Xpress (ARX) program. Based on promises of consistent referrals and lockstep cooperation by all member shops in the ARX program, GEICO enticed shops to sign written agreements stating they would charge less than fixed maximum prices for parts and labor. Once shops entered the program, GEICO would then pressure them to reduce costs by making incomplete or unsafe repairs.

As an example, the lawsuit states that GEICO summarily refuses to pay claimants for pre- and post-collision electronic vehicle scans recommended by manufacturers, including Nissan, Honda, Toyota and General Motors. The scans test for diagnostic trouble codes that identify potential damage to ensure that the airbag, steering and accident avoidance systems are reset and working properly, ensuring a safe and complete repair. A scan typically costs $100.

“GEICO is just the tip of the iceberg,” said Leif Hansen, owner of Leif’s Auto Collision Centers. “It’s an open secret that the insurance industry is putting thousands of unsafe vehicles back on the roads every year. Vehicles we see coming to us for post-repair inspections that were fixed under GEICO’s claims scheme typically have major problems. My hope is that this lawsuit will save lives by keeping those unsafe vehicles off the streets.”

GEICO is a foreign company with headquarters in Chevy Chase, MD. According to the Insurance Information Institute, GEICO is the second-largest auto insurer in the country.

Read 1456 times
More in this category: « CARSTAR, Maaco, Meineke Ranked among Franchise Elite for 2017 Crash & Click: The Rise of Car Damage Photo Claims »
back to top