Both Hurricane Irma and Harvey Damaged 1 Million Cars. What’s Next? 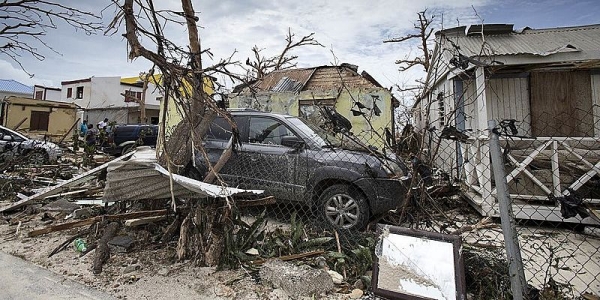 The cost of the damage from Irma and Harvey is only recently starting to become apparent.

Many companies with a large presence in Texas have also taken a major hit.

Estimates on the high side show Hurricane Harvey damages totaling at $180 billion and Hurricane Irma damages hitting $100 billion. If these numbers prove to be true, it could no doubt be one of the most expensive disasters in the history of the United States.

As one can assume, most of the recovery-related expenses will go towards property damage. However, due to the massive flooding, vehicle losses will also be extremely costly.

How Many Cars Did Each Hurricane Destroy?

Both hurricane Harvey and Irma were Category 4 storms that made landfall within the same two-week span. Harvey destroyed an estimated staggering 400,000 vehicles, according to Cox Automotive estimates.

Harvey and Irma submerged cars and property across the southern U.S. as the two Category 4 storms made landfall within the same two-week span.

Hurricane Harvey destroyed 300,000 to 500,000 vehicles in Houston alone, according to Cox Automotive estimates. The cost of licensed cars lost in the storm---excluding vehicles flooded while waiting in dealership parking lots---falls between $2.7 and $4.9 billion.

Due to the sheer amount of property damage caused to vehicles, the aftermath of the hurricanes could help drive October as one of the best U.S. sales months this year. Additionally, through the end of the year, analysts have predicted that cars that were damaged and need replacement during Hurricanes Maria and Irma won’t be showing up for at least another month.

“When you have hundreds of thousands of people affected by an event of this magnitude,” said Edmunds analyst Jessica Caldwell, “not everyone will hit the market at once.”

Insurance companies are also expected to take a massive hit on their P&L’s for the quarter. State Farm reported that it has sent a record 1,000 people to affected areas. Some insurance firms have also reported, on average, the cost of an interstate household move is about $4,300 (distance of 1,225 miles) and the average cost of an intrastate move is about $2,300 (4 movers at $200 per hour).

State Farm stated that it has received almost 37,000 auto claims in Texas alone and has paid out more than $345 million to car owners impacted by Harvey. Furthermore, it has paid out only about $35 million to auto customers impacted by Irma, which made landfall in Florida about two weeks later. This will reduce its working capital significantly for the next couple of quarters, as it will have to downplay its cash.

Thank you Equities.com for reprint permission.

Read 1398 times
More in this category: « Who's Liable when Autonomous Cars are Involved in Accidents? The New Car Paint Lexus Spent 15 Years Creating »
back to top