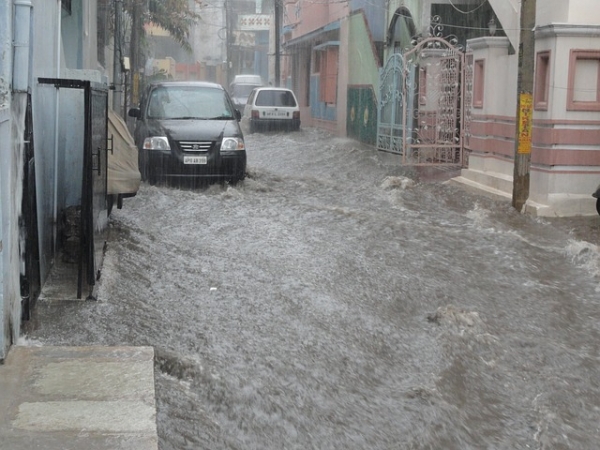 The back-to-back natural catastrophes of Hurricanes Harvey and Irma are proving to be little more than a minor calamity to the U.S. insurance industry, with big providers like Allstate Corp. and Travelers Cos. now projected to handle claims without even suffering a quarterly loss.

Allstate, the biggest publicly traded U.S. property and casualty insurer by revenue, is likely to post a third-quarter profit of $0.84 a share, even after incurring roughly $1 billion of losses from Harvey, Irma and other disasters during the quarter, Credit Suisse analyst Ryan Tunis wrote in a recent report.

The estimate came a day after Travelers, the third-biggest property insurer, said it expected $375 million to $750 million of losses from Hurricane Harvey. While the company made no announcement regarding Irma claims, the company is still likely to have a profitable third quarter, with earnings per share of $0.26, according to Credit Suisse's Tunis.

"Overall losses are expected to be both manageable and within modeled expectations," Meyer Shields, an insurance analyst with the brokerage firm Keefe, Bruyette & Woods, wrote in a report.

The insurance industry's ability to weather two of the worst storms in U.S. history without money-losing quarters shows how the companies have managed to adjust their underwriting in recent decades to minimize exposure to hurricane-prone areas---while pushing the riskiest policies onto state- or federal-backed entities such as the National Flood Insurance Program. Insured losses related to Harvey are likely to total $20 billion to $30 billion, according to Keefe Bruyette, even though some forecasters put the total damage estimate north of $100 billion.

One mitigating factor on claims, according to Tunis, is that mandatory evacuations in Florida in advance of Hurricane Irma's landfall meant many vehicles were removed from affected areas before they could be flooded in the storm surge or heavy downpours. Some of the insurers also are covered by reinsurance, a type of backstop policy that primary insurance companies buy from third parties such as Bermuda-based XL Group Ltd.

Indeed, insurers' stock prices have already recovered much of their losses since the week of Sept. 3, when Irma was threatening to make landfall near Miami and destroy pricey Atlantic beachfront properties.

Progressive Corp., the fourth-biggest U.S. property insurer, is likely to suffer combined losses of $700 million from the two storms, saddling it with a third-quarter loss of $0.06 a share, according to Credit Suisse's Tunis. Even so, the company is projected to remain profitable for the full year, at $1.85 a share.

While most auto coverage includes damage from flooding, the analyst wrote that many of Progressive's policies in Florida are probably "substandard," meaning they don't cover floods.

A "modest risk" for the companies, according to KBW's Shields, is that the industry could face political pressure to make payments to uninsured flood victims.

We thank TheStreet for reprint permission.