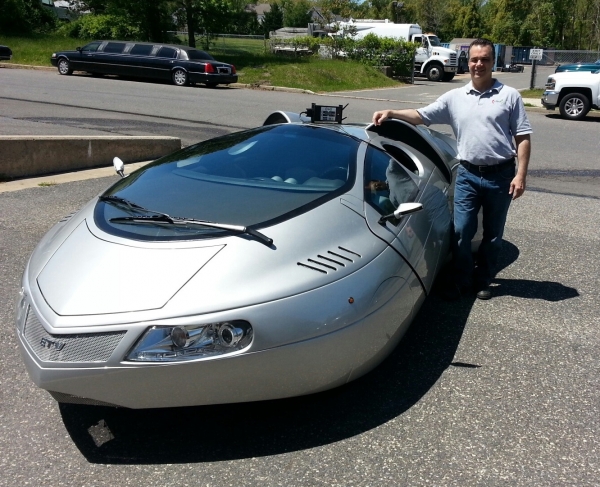 Gene Bilobram asks, “Are you ready for the vehicles of the future? The scan on this ETV revealed fault code V290017 – Malfunctioning Mercury Vortex Thruster Module. Geez, just last month we replaced the Flux Capacitor.”

Subaru recently released its position statement on pre- and post-repair scanning for 2004-model-year-and-newer vehicles involved in a collision. The “OEM Diagnostic Scanning Positions Quick Reference  Chart,” first  introduced to the collision repair  industry by Autobody News in March 2017, has been updated to include Subaru.

Subaru’s position statement explains the reasoning behind and benefits of pre- and post-repair scanning, much in line with what we have heard from other automakers and industry pundits before.  From the July 2017 release:

“In the event of a collision, these components could incur damage, which may trigger diagnostic trouble codes (DTC), but may not be evident via a warning light on the instrument cluster. It is imperative that these components be evaluated after a collision to ensure the vehicle is completely repaired. If these components are not evaluated, it could have a direct effect on vehicle operation and safety.

For Subaru vehicles from model year 2004 and forward involved in a collision, Subaru collision repair procedure recommends that pre-repair scanning be performed. Pre-scanning will reveal DTCs for items that are not functioning properly in the vehicle. It allows a shop to identify any issues early in the estimate process, allowing a more complete estimate and encompassing repair process.

Additionally, Subaru collision repair procedure also recommends that post-repair scanning be performed on these vehicles. Post scanning is critical in ensuring the malfunctioning items have been repaired and there are no remaining DTCs. It may also assist in assuring the appropriate calibrations and reinitializations have been performed.”

In both cases of pre- and post-repair scanning, Subaru has chosen the seemingly softer language of “recommends” in the statement. This is sure to create some controversy between repairers and insurers. Some insurers are presently honoring the position statements with the stronger language of “required” or “necessary” while shrugging off procedures that are “recommended,” especially with the pre-repair scan.

When dealing with minced words and the hair splitting often inherent in the negotiation process with insurers, there is an art and a science to presenting the OEM documentation, educating the appraiser and making a cohesive argument that leads to the proper allowances. This is a topic worthy of its own article.  For now, if an insurer will not honor scanning on a Subaru (or any vehicle) because it is only recommended, shops still have the ability to hold sway.

Repairers and insurers should read the Subaru position in its entirety to understand that the automakers are deeming post-collision scans necessary from their point of view. Words such as “imperative” and “critical” are included in the document. For instance:

“It is imperative that these components be evaluated after a collision to ensure the vehicle is completely repaired. If these components are not evaluated, it could have a direct effect on vehicle operation and safety.”

The above excerpt is referring to the sensors, cameras, control units and other components that make up the safety and assist technologies present in Subaru vehicles. The word “imperative” is synonymous with “necessary” and “required,” according to Merriam-Webster and other thesaurus providers.  Scan tool diagnostics is crucial to evaluating the components that the automaker has deemed imperative or required by definition.

When Toyota Motor Sales USA came out with its position statement a year ago, I had the pleasure of a healthy debate with Eric Mendoza of Toyota’s Collision Repair and Refinish (CR&R) Training regarding Toyota’s choice of the word “recommends” in its July 2016 CRIB #191. In contrast to Subaru, Toyota does include the word “requires” with regard to a “Health Check” diagnostic scan when a vehicle is involved in a “collision that may affect electrical systems.” Toyota “strongly recommends” scanning before and after all repairs.

The result of my exchange with Eric was the conclusion that regardless of the language used, the repairer has been instructed by the automaker on the proper course of action. Toyota is a proponent of pre- and post-repair scanning on all its vehicles that are involved in a collision. A repairer or insurer that chooses to omit the procedures will do so against the recommendation of the manufacturer.  Any negative outcome could place the customer in harm’s way much the same as ignoring a so-called “required” procedure would.  A responsible repairer or insurer would not willingly choose this position.

As noted, a full read of the Subaru position statement is essential rather than focusing on one word. When an insurer states they won’t pay because it is only a recommendation, a shop could come back with, “Yes, Subaru recommends scanning because it is necessary!”

The Subaru post-repair scan recommendation states that “post-scanning is critical to ensuring the malfunctioning items have been repaired and there are no remaining DTCs.”  The word “critical” in its adjective form is akin to necessary or required, perhaps with an even higher degree of importance. I’ve seen definitions of critical stated as “urgently needed” or “absolutely necessary.”  By substituting the word “critical” with interchangeable terms, the statement becomes, “Post scanning is absolutely necessary…” and any remaining insurer objection is instantly eviscerated.