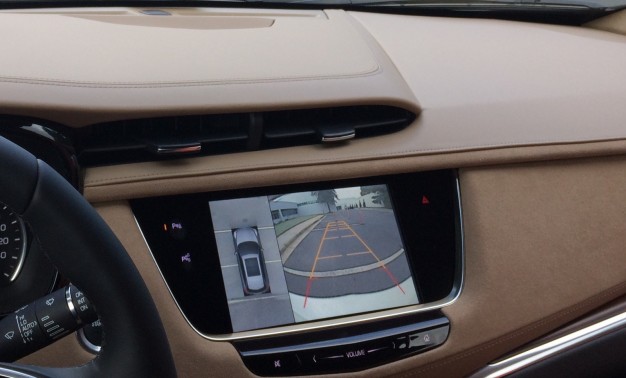 Rearview cameras, soon to be standard on all new vehicles, can be expected to prevent nearly 1 in 6 police-reported backing crashes, an Insurance Institute for Highway Safety (IIHS) study concludes.

The study compared rates of backing crashes for vehicles equipped with optional rearview cameras from four manufacturers with crash rates for the same models without the feature. On average, the cameras cut such crashes by 16 percent. Drivers ages 70 and older appeared to benefit the most.

More and more vehicles are being sold with rearview cameras, and all new vehicles under 10,000 pounds must have them by May 2018. The requirement is aimed at reducing backover crashes involving children and other pedestrians (see "Rearview camera rule aims to reduce backover crashes," May 29, 2014).

Using police reports allowed Cicchino to identify crashes in which study vehicles were traveling in reverse. She used vehicle identification numbers to determine which crash-involved backing vehicles were equipped with the cameras or sensors.

For the Pilot and the Subaru models, the presence of the cameras was tied to trim level and discernible from the VINs. That wasn't true of the Buick, Mazda and Mercedes-Benz vehicles. For those, the manufacturers supplied a list of VINs of vehicles with optional backing technologies, which made the study possible.

Information from HLDI's database was used to control for other factors that might also have affected crash rates, including the vehicle's garaging location and driver characteristics.

The rearview cameras reduced the rate of backing crashes per insured vehicle year by 16 percent for all vehicles combined. When looked at by manufacturer, all the camera systems except for the ones on Mercedes-Benz vehicles reduced crashes. The reductions ranged from 14 percent to 23 percent. Mercedes-Benz vehicles equipped with only a camera had a 2 percent increase in backing crashes, though the change wasn't statistically significant.

The cameras had the biggest benefit for drivers 70 and older. Their backing crash rate fell 40 percent with cameras, compared with 15 percent for drivers younger than 70.

Parking sensors cut the Lucerne's backing crash rate by 34 percent but had virtually no effect for the Mercedes-Benz vehicles. Crash rates for Mercedes-Benz models equipped with both cameras and parking sensors were 13 percent lower, but that result also wasn't significant.

Lucerne owners tend to be older than most drivers, and driver age seems to make a big difference in the effectiveness of parking sensors. When Cicchino looked at the Lucerne and the Mercedes-Benz vehicles together, she found the sensors reduced crashes by 36 percent for drivers 70 and older while having virtually no effect for younger drivers.

"Judging distances becomes more difficult with age, so that could make sensors useful to older drivers in a different way from the increased visibility provided by cameras," Cicchino says.

Rear automatic braking could provide an even greater benefit. Unlike the parking sensors studied, which issue warnings when the vehicle gets too close to a vehicle or other object, it doesn't depend on driver response to be effective. IIHS research on front crash prevention has found that systems with autobrake cut more crashes than systems that only issue warnings (see "Crashes avoided: Front crash prevention slashes police-reported rear-end crashes," Jan. 28, 2016).

A limitation of the new study is that many minor backing crashes aren't reported to police because they involve only a single vehicle and often occur in driveways or parking lots. Most of the crashes in the study involved one vehicle backing into another and therefore might not be representative of backing crashes in general.

HLDI studies of insurance losses have shown that both rearview cameras and rear parking sensors reduce claim rates for damage to other vehicles. These effects are smaller and not as robust as the benefits identified in the latest IIHS study. That's because the HLDI analyses include all types of crashes, not just backing collisions, which make up a small percentage of the total.