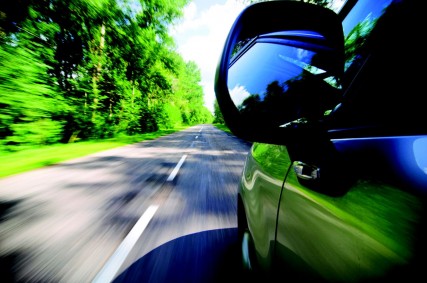 The automotive aftermarket is big business-–estimated by Autocare Association to be worth $273.4 billion in 2017-–that includes manufacturing, remanufacturing, distribution, retailing, and installation of all vehicle parts, tools, equipment and accessories for vehicles, after the sale of the automobile by the original equipment manufacturer (OEM) to the consumer.

One aspect of the automotive aftermarket is non-OEM replacement parts. These are commonly available through auto parts stores like Advance, O’Reilly, NAPA, and also through used-parts dealers (“junkyards”), and auto body repair shops. The primary “advantage” of aftermarket parts is price – they are substantially less expensive than their OEM counterparts. However, one must consider the real cost of choosing cheap replacement parts.

Buddy Caldwell, attorney general of Louisiana, has filed suit against State Farm insurance, saying its low-cost repair program could be dangerous for customers who get back on the road in vehicles that are not roadworthy.

He said he fears thousands of Americans could be driving around in vehicles repaired with what he calls junkyard parts after seeking repairs from body shops recommended by their auto insurance companies who took their premiums and picked up the bill.

The issue is a nationwide one, said John Eaves, the lead attorney for the body shops involved in the lawsuit.

“It involves people from Maine to Mississippi to California. Every state in the Union has experienced the same sort of struggle here between the body shops trying to do the work the right way, and the insurance companies trying to cut corners and force them to use unsafe parts and unsafe methods on their cars,” he said.

OEMs Do Not Approve

Paul Massie, the powertrain and collision product marketing manager at Ford, said the tests “highlight the dangers of being penny-wise and pound-foolish, as less-expensive copy parts could lead to much higher repair costs down the road. All drivers should be aware that copy parts can compromise both the safety performance and the long-term repair costs of your vehicle”.

Counterfeit Parts on the Rise

To make matters even worse, consumers now have to worry about counterfeit or knock-off parts making their way into the stream of commerce. These parts are often sold in branded packaging and carry brand markings, but are in fact cheaply made and potentially dangerous fakes. In June, Chinese police seized 33,000 counterfeit parts--worth almost US $750,000--destined for sale in Australia.

“While this seizure is shocking, sadly, it's not uncommon, and using counterfeit parts, knowingly or otherwise, means you’re taking a huge risk,” he said in a statement.

It offers a clear reminder to consumers that just because they see a branded box, bag or label they shouldn't assume they're buying a genuine part. The way to avoid safety concerns posed by fake parts is to ensure you or your repairer sources genuine replacement parts from the vehicle maker's authorized supply chain.

We would like to thank The Legal Examiner for reprint permission.

Read 2549 times
More in this category: « Telsa CEO Elon Musk says that about ‘500,000 people would have been saved (last year) if Tesla’s Autopilot was universally available’ H&V Marketing Rep and WIN Member Reflects on First Year in Collision Repair »
back to top