Statistically, Self-Driving Cars Will Have A Fatal Accident Soon 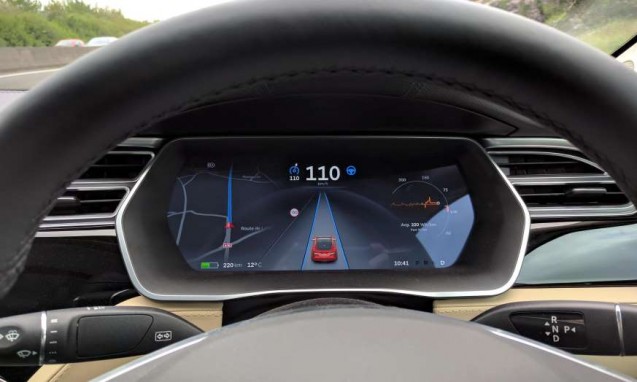 Numbers don’t lie. Statistics tell us that one person dies in a motor vehicle accident in the United States for every 100 million miles driven. Americans drive a lot of miles, so the total number of highway deaths every year is quite high. But deaths per miles driven remain fairly constant.

Elon Musk says that self-driving cars are already twice as safe as human drivers and will be getting safer all the time.

So far, self-driving Teslas have already racked up over 100 million miles of computer-aided driving. There are only about 70,000 Teslas capable of autonomous driving on the road today. That number is going up steadily. The company says it may deliver another 100,000 cars this year. It also says it will be building 500,000 cars a year starting in 18 months.

It doesn’t take someone with a PhD in mathematics to figure out that, statistically, there will be one fatality for every 200 million miles of autonomous driving if self-driving cars are twice as safe. What will happen then? Will the world clamor for laws cracking down on every self-driving car? To find the answer, reporter Martin Robbins of The Guardian dug into the historical records in England.

Robbins says the first person to die in the UK as the result of a motor vehicle accident was Bridget Driscoll. She was attending a summer celebration at the Crystal Palace in London in 1896 when she was struck and killed by a motor car travelling at the legal maximum speed at the time of 8 miles per hour. Did England go berserk clamoring for stricter laws regarding the operation of motor vehicles?

Not at all. In fact, the maximum speed in England was subsequently raised several times in coming years until it reached the stupendous figure of 20 miles per hour in 1903. Two years later, the maximum speed limit in the country was abolished completely.

Speaking to Parliament, Lord Buckmaster explained, “It is sufficient to say that the reason why the speed limit was abolished was not that anybody thought the abolition would tend to the greater security of foot passengers, but that the existing speed limit was so universally disobeyed that its maintenance brought the law into contempt.”

The Guardian suggests that similar logic will apply when computer-controlled cars start getting into accidents--some of them fatal--on a regular basis. Statistically, the fatality rate will be lower for self-driving cars than it ever was when humans were in control. Better systems will drop the fatality rate even further. Even though some deaths will still occur, no one will ever suggest going back to the dangerous days when humans were in control.

In the meantime, computers may actually make us worse drivers. As the owner of the Model S that hit the back of a truck said afterwards, “Yes, I could have reacted sooner, but when the car slows down correctly 1,000 times, you trust it to do it the next time, too. My bad.” Complacency is an all-too-human characteristic. But it won’t slow down the advent of self-driving cars. Instead, it is likely to fuel calls for making cars fully autonomous sooner so that human error can be eliminated entirely.

Thank you Steve Hanley and Gas2 for reprint permission.