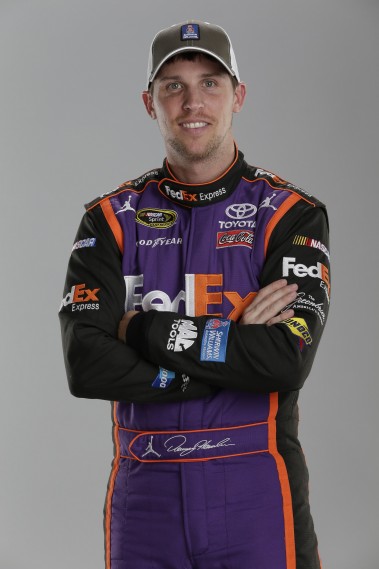 Denny Hamlin brought home the 2016 Daytona 500 checkered flag in Florida on February 21 for Joe Gibbs Racing as his No. 11 Toyota won the closest Daytona 500 finish in history. His car crossed the finish line first looking great thanks to its shimmering ULTRA 7000® Refinish System provided by Sherwin-Williams Automotive Finishes, according to a recent press release.

Hamlin’s car wasn’t the only one sporting an ULTRA 7000 finish – fellow NASCAR Sprint Cup Series competitors Martin Truex Jr., in the Furniture Row Racing No. 78 Toyota and defending Sprint Cup champion Kyle Busch in the No. 18 Toyota, also with Joe Gibbs Racing, finished in second and third place, respectively. In fact, four of the top five finishers at this year’s race all used Sherwin-Williams Automotive Finishes, with Joe Gibbs Racing’s Carl Edwards in the No. 19 Toyota finishing in fifth place.

Sherwin-Williams salutes all the teams and drivers as they begin the 2016 season. The company also retains its designation as the ‘Official Automotive Paint of NASCAR’ and the ‘Official Transportation Coatings of NASCAR.’ Its Automotive Finishes division is the only direct distribution automotive refinish manufacturer and provides service to its collision repair and OEM customers throughout nearly 200 stores in the U.S. and Canada.

For years, some of the biggest names in racing have trusted their car finishes to Sherwin-Williams. “We aim to help teams cross the finish line and ensure their cars and sponsors always look good circling the track,” said Adam Chafe, vice president of marketing for Sherwin-Williams Automotive Finishes. “This victory also represents yet another win for a car painted in our premium ULTRA 7000 refinish system.”

For more information about Sherwin-Williams Automotive Finishes, or the brand’s motorsports program, visit www.Sherwin-automotive.com/motorsports or call 1-800-798-5872.