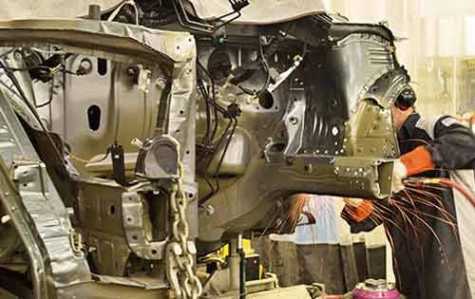 The 1970s were quickly fading into the rear-view mirror and the 1980s were approaching with alarming speed.

In August 1981, IBM introduced the personal computer. It sold for $1,565 – that’s $4,333 in 2019 dollars. In November 1985, the first version of Microsoft’s Windows operating system was released. On March 11, 1989, we were introduced to the web. Technology was poised to explode in ways not yet imagined. Some industries would embrace, leverage, and profit from the new technologies. The collision repair industry would drag their feet.

It was also a time when the collision industry would “come of age.” Since 1945, the industry had been a mass of small, family-run, mostly single-point body shops that were not tied together in any way for any purpose. In fact, many fought with each other. The 1980s would see shops joining together through local and regional associations, and working for a common good.

In 1980, depending on the source, there were an estimated 80,000 to 85,000 body shops in the U.S. In the spring of 1984, a more authoritative number was ascertained. Compiled from the yellow pages of 4,800 telephone directories, American Business Directories, Inc. said the official number of body shops was 59,768. In the spring of 1987, according to an ad for Sharpe Spray Guns, there were 55,000 paint shops in America.

Whichever number you believe, it had been growing since the end of WWII; yet, vehicle building technology had remained virtually unchanged since the 1940s. Before the days of intrusive government regulations, and with few tools and few pieces of relatively inexpensive pieces of equipment to buy, it was easy to get into the collision repair business. That was all about to change. If the time prior to 1979 could be considered the industry’s childhood, it was about to go into a fast-paced puberty.

The Unibody Is Introduced

The earliest part of the decade would also mark one of the most significant changes in the automotive business and certainly in the collision repair world – the change from body-on-frame auto construction to a unibody model. Collision repair would never be the same.

Previous Page Next Page »
Read 824 times Last modified on Tuesday, 24 December 2019 21:13
Tweet
Published in In Reverse
More in this category: « In Reverse: The Fabulous ‘50s and Mr. O’Donnell’s Invention In Reverse: The 1980s – The Formation of the SCRS »
back to top