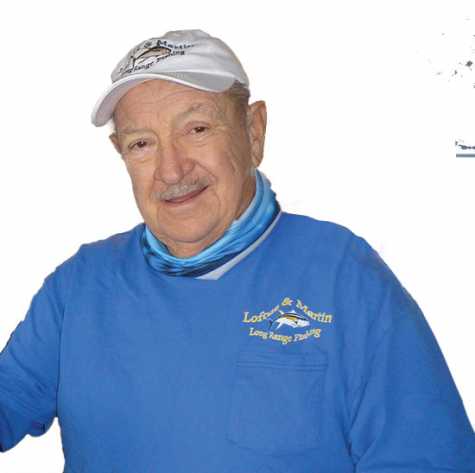 “In the early 1980s, body shops had it tough,” said industry veteran John Loftus in a January 2018 interview.

“They needed someone or something to pull them together and represent them on a national scale. They needed some cohesion. Every shop owner was fighting their own individual battles with insurance companies.”

At that time, auto body associations operated at the state level. One regional association, IASA, represented both the collision and mechanical sides of the business in 13 states. In fact, Loftus spent about three years as the Collision Industry Director for IASA after spending 13 years as the owner and operator of Hawthorne Auto Body in Hawthorne, CA, and several years serving in various volunteer roles for the California Autobody Association. Loftus was a key player in the formation of the CAA for southern California and spent a year as the director. ASA was around at that time as a national organization.

Loftus knew change was coming, but it needed help. Other industry leaders realized it too. So they formed a new industry organization, and gave Loftus the reins. On Sept. 25, 1982, the Society of Collision Repair Specialists (SCRS) was formed with goals of providing body shops with technical training and management education, improving the quality standards of collision repair services, raising the professional standing of those engaged in the collision repair industry and securing the financial position of individuals within the industry. It was the first national organization dedicated solely to the collision industry.

When asked what SCRS was like in its early days, Loftus responded, “The SCRS office was wherever I said it was! I had a home in Texas, a home in California, and some friends in Missouri---Bill Wicklund of Wicklund’s Auto Body, where I stayed occasionally,” Loftus noted. “I was there so often, I became an ‘honorary Wicklund.’ If I had access to a phone and a fax machine, that’s where my office was. We made it work!”

Back then, as it does today, the position of SCRS Director called for a lot of travel.

Loftus continued, “I certainly stayed in plenty of hotels. But I often stayed in the homes of shop owners and industry colleagues---a great respite from a hotel room. They knew I was working hard for them, and they treated me like family. I always tried to return the favor. One of the shop owners even flew me around the Midwest in his private plane.

“When I first started, sometimes it was hard to get through to some shop owners. They just didn’t get it. I told them they had to start looking at their own costs, like the insurance companies look at theirs. They were wasting so much money. At one of my first speaking engagements, I talked for an entire hour and got zero reaction. At another place, I wasn’t getting through, so we pulled the table cloth off one of the tables where we had just had dinner, and I stood up on the table and spoke! Some shop owners had to listen to me say the same thing a couple of times before it sunk in.”

When asked about how many places he had visited and where he spoke, Loftus noted that he had been to 44 states and 20 different countries.

“I stood in front of an industry group in England [on my first trip to Europe] and told them how things worked in the U.S. and the battles we had with insurance companies and adjusters,” he said. “They all sat there nodding, because it was no different an entire ocean away. Then we went to France, and then Germany and then Canada… everywhere we went, the industry problems were the same. We went to Russia---that was almost comical. They were repairing cars there like it was still 1950.”

In the 1980s, the OEs generally were not as attuned to the collision industry as they are today. But Loftus was quick to point out that SCRS had a good relationship with Toyota back then, as they were some of the first to produce and widely distribute collision repair manuals. He noted that GM was also part of the collision landscape at the time.

If there is anything John Loftus is famous for, it’s his self-proclaimed mantra, “Working together is the most important work we do”---and he lived that every day. Loftus was a very one-on-one guy and liked to work with individuals. If shops called to tell him that they were having issues with a particular insurance company or a particular adjuster, he would visit them or get the parties on the phone and work things out.

Previous Page Continue reading »
Read 2250 times Last modified on Wednesday, 15 August 2018 17:10
Tweet
Published in In Reverse
More in this category: « In Reverse: Training, Certifying and Standardizing in the 1920s In Reverse: The 1930s – New Products, an Insurance Company’s Realization »
back to top