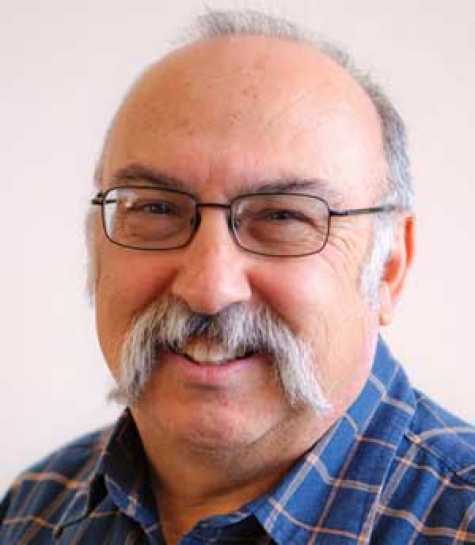 In the 1960s, the concept of a direct repair program took several twists and turns before it got to the model we recognize today. Here are a few variations of that theme.

In the early 1960s, dealer-owned body shops were at odds with independent shops. Dealers saw the phenomenal growth of independent shops and felt threatened. In Tulsa, OK, in the early part of 1961, the area dealers decided to corner the market. A group of dealer-owned shops got together to offer insurance companies discounts on parts and labor if they sent more cars to their shops.

The local insurance agents loved it and established what was then known as the “Approved Garage Plan,” or an early form of a DRP arrangement. Insurance agents and adjusters began telling claimants that they could bring their car to a non-preferred shop if they liked, but the vehicle would probably be “held up” because the insurance company did not have a “check bid” with the non-approved shops. This deepened the rift between independents and dealers.

Independents thought the dealers had an unfair advantage because it was thought that 1.) the dealer could handle a lower profit made from body work because they also had profits from their service departments and new cars sales, and 2.) because the dealer bought the parts from the car maker, they could sell them to the insurance company at the same price as what the shop would pay for them. In this particular case, a then-current trade magazine noted that one Tulsa shop owner decided he would rather get out of the business than succumb to insurance companies' and dealer body shops' tactics, so he sold his shop and opened a salvage yard.

One of the earliest forms of a DRP network emerged in 1961, but it was way different from what is known today, over 50 years later. In 1909, Grinnell Mutual Reinsurance Company was founded in Grinnell, IA. By 1961, it was serving customers in eight states and had a network of about 100 dealer-owned and independent shops to which they sent policyholder’s vehicles for repair.

But Grinnell conducted their claims business very differently from how virtually every other insurance company did. Shops in their network did not bother to write estimates. Grinnell agents sent policyholders’ cars to the network shops. The shop simply repaired the car in a safe and proper manner and sent the bill to the Grinnell claims department. Grinnell’s policy was that the shop should be trusted to repair the car properly and at a fair and competitive price, and in return, they would pay the claim in a timely fashion, and all the bickering and animosity would be removed from the equation. In the ensuing nine years of conducting business in this manner, only two shops were removed from the network. In addition to giving the shops its trust, Grinnell’s also loaned money to any of its network shops for new equipment or other business expansion purposes.

In the early summer of 1963, 100 auto body repairmen attended a seminar in Iowa conducted by Farmers Mutual Reinsurance Company. During the all-day clinic, three damaged vehicles were repaired by equipment company representatives. The clinic, then unique in the automotive insurance industry, was part of Farmer’s program of working with body shops to maintain high standards of workmanship, facilities and integrity. In the course of the clinic, qualifying shops were appointed as approved repair centers, then started receiving work from the company’s claim section without a cost estimate being submitted. A Farmer’s representative said, “…such a system is practical, time-saving and efficient for the insured, the body shop and the company.”

Unfortunately, not all shops conducted themselves with all insurance companies the way they did with Grinnell Mutual or Farmers Mutual in 1963. Many shops tried to profit fraudulently on the backs of insurance companies, causing many insurers to turn to the forerunners of the DRP program---informal agreements to give work only to “honest” shops.

At that time, there was a symbiotic relationship between some shops and certain adjusters, mostly with independent adjusters /appraisers. When a potential customer came into a shop for an estimate, the shop would first try to determine which insurance company was involved. Based on that answer, the shop would know who most likely would be coming out to inspect the damage. The shop would pad the estimate by 20 percent so the adjuster could cut it by 10 percent. The shop got some premium money, the adjuster/appraiser looked good to his superiors, the customer got a quality repair, and everybody was happy.

Another trick some shops used was to keep a bin full of used parts from old jobs. If the shop owner wanted to make a few extra dollars on the job, he would pull an AC compressor or steering rack or something else that “might have been damaged” in the accident and put in a supplement to R&R that part. Another trick was to push for a complete panel replacement including parts and labor, and then fix the panel with some filler.

Shop owners had another trick to garner more insurance company work---“low-ball pricing,” or what lawyers called “predatory pricing.” In the late summer of 1969, a bill introduced by Senator John Sparkman (D-AL) would address those body shops that used “predatory” pricing to carry favor with insurance companies and garner more work at deeply discounted prices.

John Killcullen, general counsel for the Conference of American Small Business Organizations, noted, “Loss leaders (selling one product at a loss and making up the difference with other goods or services, as many shops were doing at the time) is preventing new, independent firms from entering existing markets and forcing other small businesses out of the market.”

Obviously, not every shop was guilty of the aforementioned subterfuge. There were plenty of stand-up shop owners who took pride in their craftsmanship and whose professional reputation were paramount. They took pride in their work and in their industry. Unfortunately, those who were around during that time maintain that under-handed practices were so widespread that they were described as pervasive.

One former shop manager who was around during that time and was interviewed for this article called the late ‘60s and early ‘70s the “Wild West” period of the industry when “anything went.” The insurance companies needed a way to protect themselves against fraud. This gave advent to the insurance company appraiser or independent appraisers.

In 1962, a trade magazine article written by C. A. “Art” Fox, president of the Independent Garage Owners of America, stated in part: “Let’s face the fact: Unethical shops (not the general run of body shops) in the beginning took advantage of insurance companies by increasing the cost of the job to cover the deductible. They did other work in conjunction with the immediate repair and added that cost to the collision job. In self-preservation, the insurance companies resorted to their own appraisers or used outside, so-called ‘neutral’ appraisers. This was a fairly workable plan for a while, but now the tail wags the dog; the appraisers are setting the cost for collision repairs without knowing the cost of the shop’s operation (and neither do many shop owners!). This has been going on for some years now, and most body shop operators are hypnotized into believing they have to work on the low estimate, regardless of who made them. This practice inevitably leads to shoddy workmanship and unsafe collision repairs because the shop owner wants to make a profit. Correction of this situation, in the estimate of this writer, is a matter of education.”

Fox urged shop owners to ascertain their operating costs and learn to make better estimates so their work would be profitable but fair. Still, it would not stave off the advent of the modern DRP programs.