From the Desk of Mike Anderson: Reflecting on My Journey in the Collision Repair Industry 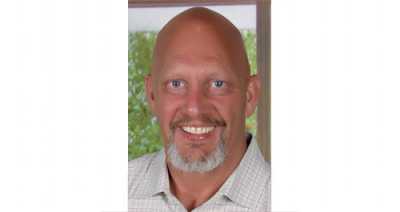 I often talk about the need to look ahead, but in recent weeks, I found myself reflecting.

My desire to reflect started forming during SEMA in Las Vegas. SEMA is a great opportunity to catch up with those in the industry who we may not have seen in some time. I turned 57 that week, and certainly most of us get reflective as we get older.

There is a book that summarizes my journey well called, “The Canterbury Tales” by Geoffrey Chaucer. The narrator of the story is on a pilgrimage, and as he walks, he is joined by dozens of others – a knight, a squire, a weaver, a monk, a cook, a merchant – all of whom enrich and influence his journey.

“The Canterbury Tales” resembles how I’ve been feeling as I reflect on how appreciative I am for those whom I have encountered on my journey in this industry. There’s been those who have led the way ahead of me, folks like Jeff Hendler, Hank Nunn, Sheila Loftus, Mark Claypool, Elainna Sachire and so many others. These leaders have encouraged me along the way, and sometimes called me out when I wasn’t doing the smartest thing or when I let my mouth override my brain.

There are amazing young leaders in the industry who keep me motivated, such as: Will Latuff, Tiffany Driggers, Tracy Dombrowski, Danny Panduro, Josh Kuehn, Jake Rodenroth and Cody Rinaudo.

I’m grateful for the people who have gone ahead of me, the people with me on my journey, and those who are traveling with me and who will be the future leaders of this great industry.

As I’ve been reflecting, I was thinking about one of my mentors, Jerry Dalton. Dalton died 20 years ago, but he was one of the founders of Craftsman Auto Body in northern Virginia. I remember one time when I was young, I walked into a Washington Metropolitan Auto Body Association meeting feeling frustrated. I had a bad day, and I was griping to Jerry about one of my employees. He started laughing, and I told him I didn’t really think it was funny.