Symach Invents Game-Changing Technology to Create the Shops of Tomorrow 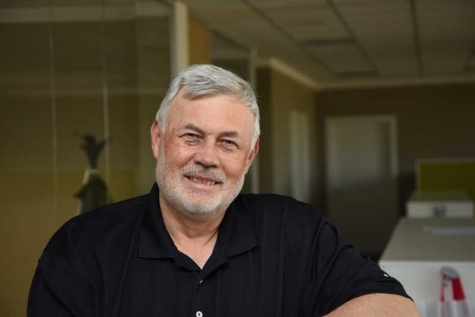 Owner Osvaldo Bergaglio’s company is well known for its products that have helped to take the collision repair industry into the robotic age.

Every year at SEMA, the industry gets to see all the newest technology, and if you’ve been in it for any significant amount of time, you have witnessed the development of new tools and equipment at a rapid rate.

It’s no longer an evolution, but more like an explosion!

Innovators have always led the way in every industry by taking chances and pursuing ideas others thought were outlandish. When Thomas Edison unveiled the lightbulb, people called it a “conspicuous failure.” When bicycles first hit the market, someone wrote they would doom the popularity of the wheel forever. And when the first cheeseburger was invented in 1934, one critic described it as “bizarre” and predicted the concept would flop.

But, obviously, we now use lightbulbs, ride bikes and eat cheeseburgers---in fact, I did all three the other day.

For more than a decade, Symach in Bologna, Italy, has been producing innovative body shop solutions for the collision repair industry. They design and manufacture everything they sell, rather than using third-party companies to assemble packages of tools and equipment.

When you sign on the dotted line with Symach, it’s like taking on a very sophisticated partner, because they play a major role in literally every aspect of your production.

Owner Osvaldo Bergaglio founded the company two decades ago to embark on a research project that led to the development of the DryTronic system, which uses cutting-edge technology to dry automotive paint. It was an immediate success and today, body shops all over the planet use it.

Symach’s DryTronic drying technology allows automotive paint to cure in less than a minute. In 2002, Symach started the production of RoboDry, its first robot for automotive body shops, and developed a quick new process to spray and dry every brand and type of automotive paint, Symach Paint Application Process (SPAP).

Symach’s curing systems are well-known for being...